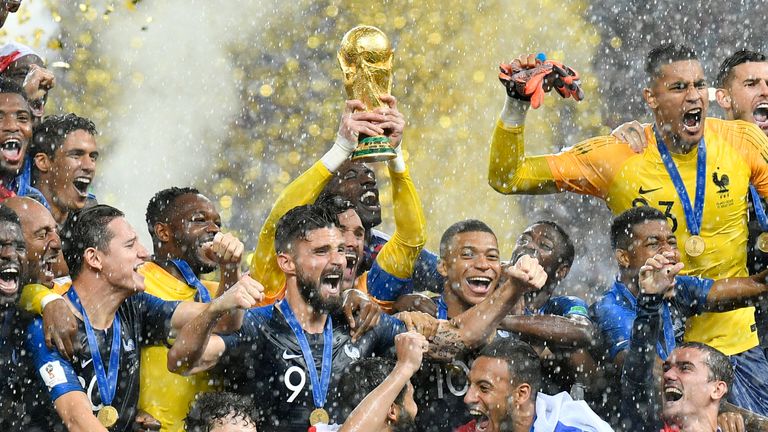 Image: Football Associations have been invited to a summit on September 30, along with other member associations as well as "representatives of players, clubs, leagues and confederations", to discuss the international football calendar and FIFA's proposal to host the World Cup every two years

FIFA has invited football's major governing bodies to a summit later this month to discuss the international calendar, including its proposal to hold the World Cup every two years.

The FA and SFA have been invited to the online summit on September 30, along with other member associations as well as "representatives of players, clubs, leagues and confederations" - including the European Club Association (ECA) and world players' union FIFPRO.

The key topic of discussion is set to be the proposal to overhaul the international calendar by holding a biennial World Cup, a plan spearheaded by FIFA's head of global development - former Arsenal manager Arsene Wenger.

There is a broad consensus within the game that the international match calendar should be reformed and improved," read a statement released by FIFA on Monday.

"Following invitations to stakeholders, including all confederations, at the beginning of September, discussions are being organised in the coming weeks.

UEFA president Aleksander Ceferin has criticised FIFA proposals to hold the World Cup every two years rather than four, saying doing that will dilute the tournament's impact.

"This is one of several opportunities to establish a constructive and open debate, at a global and regional level, over the coming months and FIFA is looking forward to it.