Only 2.8% of subscribers are post-paid users as data consumption soars 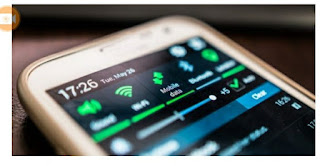 Postpaid mobile service is provided by a prior arrangement with a mobile network operator. The user in this situation is billed after the fact according to their use of mobile services at the end of each month.

The 2020 Subscriber/Network Data report from the Nigerian Communications Commission (NCC), which contained the statistics, explained that it means about 97.1 per cent of mobile subscribers are prepaid users while only about 2.8 per cent are postpaid subscribers in the country.