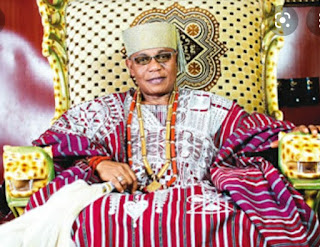 Princess Omowunmi Ohwovoriole has expressed her heartfelt congratulations to the Deji of Akure Kingdom, Imperial Majesty, Oba Aladetoyinbo Ogunlade Aladelusi on his appointment as the Chairman, Ondo State Council of Obas by Governor Oluwarotimi Akeredolu.
In a statement, Princess Omowunmi  described Oba Aladetoyinbo who is also the Chancellor, Federal University of Technology, Minna, as a true and worthy leader who possesses the ability and capacity to lead other traditional leaders saying Governor Akeredolu made a very good choice on the appointment.
Similar posting:
https://www.edoborsblog.com/2021/09/hon-omowunmi-olatunji-ohwovoriole.html
While congratulating Oba Aladetoyinbo, she said the Deji's appointment has come at a critical time in history when there is need for direction as the nation is facing security challenges that needs the wisdom and guidance of the elders to combat and overcome. 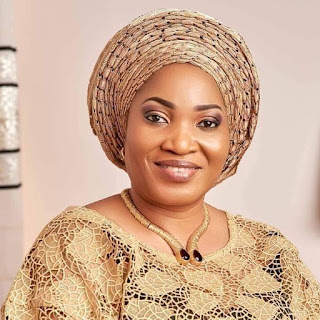 On his years of reign in Akure kingdom, Hon. Ohwovoriole said Oba Aladetoyinbo has in the last few years brought unprecedented development to Akure, the State Capital, stressing her confidence in his ability to deliver on set mandates.
While noting that with this new appointment, Ondo Obas has a renewed assurance that their welfare and voice will be well represented in the scheme of things and governance of the state.