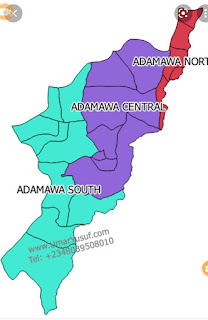 The teenager bride was forcibly married to the deceased about three weeks ago.

She was said to have stabbed him in the stomach three weeks after days of pleading for a divorce to no avail.

An eyewitness, Jophas Johsley, noted that the incident happened in Wuro-Yanka village under the Shelleng Local Government Area of the state.

He said, "She was actually married to him against her wish last month. They got married on August 6, 2021. Since then she had been demanding a divorce but her late husband wouldn't agree, leading to this sad development where she took his life.”

The police confirmed the incident through the spokesperson for the state command, DSP Suleiman Nguroje.

He said, "The Adamawa State Police Command on September 7 apprehended a 19-year-old woman for stabbing her 35-year-old husband to death. The suspect, Rumasau Muhammed, stabbed her husband Muhammed Adamu with a knife after seeking for divorce and the deceased refused to pronounce such divorce.

"Angered by his refusal to divorce her after several requests, the suspect used a knife and stabbed him on his stomach, as a result of which he fell down unconscious and was rushed to the hospital where he was confirmed dead.

"Investigation so far revealed that the suspect was forcibly married to the deceased by her parents against her will on August 6 and the marriage lasted for only three weeks before the ugly incident.”