Ondo State government has charged its consultants on road projects to ensure that projects are executed according to specification. It also appealed to them to replicate government prompt payment on work done by ensuring that jobs are completed in good time.

Commissioner for Lands and Infrastructure, Engr. Raimi Aminu made the government position known at a meeting with consultants on road projects in the state. 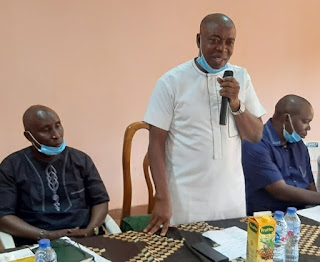 Engr. Aminu said the consultants are the primary link between the government and the contractors, adding that the success or otherwise of any project depends on them and the Ministry's engineers.

"There is no gain saying that most of you are experienced civil engineers with many years under your belts. This vast experience forms part of the reasons that informed our decision to engage you in the first place to defend, supervise and make contractors to be on their toes,  provide quality jobs and meet deadlines. Your responsibilities are to the government as you are on projects on its behalf." 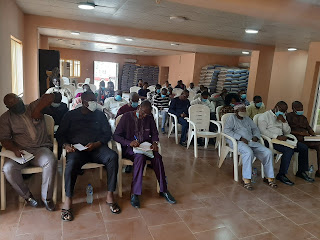 The Commissioner added that Ondo ranks shoulder to shoulder with the federal government and some states in terms of job quality, compensation and prompt payment on jobs done. 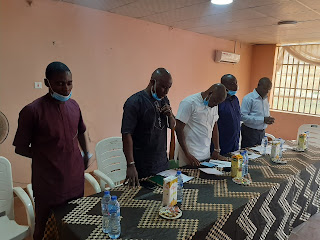 "We are bold to say it that the quality of our works speak volumes about our values. In term of compensation, we are not  lagging behind either. One good turn deserves another. We expect you to be proactive and work with the pace and service delivery of the government."

He also assured them of the government's availability through the ministry and readiness to provide everything they need to make their operations smooth.

"We are not leaving any stone unturned to make you succeed. And in the light of this, we are working on a portal for the Ministry in tune with modern realities. Its the brainchild of the Permanent Secretary and some of our engineers. It will help in making your communication with us less cumbersome. You are expected to submit your progress report, upload your certificates, project site photos and other documents on it from anywhere. The portal will assist the Ministry in the monitoring and evaluation of projects in real time as you supply your inputs daily, weekly and monthly as the case may be"

Engr. Aminu commended them for the quality of service they delivered in the last four years, saying their output has been a major plank upon which the government is being applauded

Earlier, in his address, the Permanent Secretary, Engr. Idowu Allen  had said the meeting was convened to inform them of government expectations. He charged  them to work in accordance with government vision and mission so that achievements would be attained in good time. 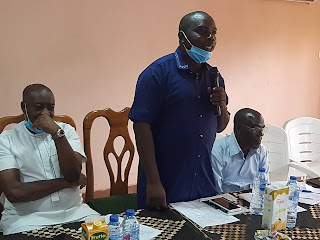 Some of the consultants thanked the Ministry for organising the meeting, saying it had come at the right time.