EL-RUFAI MOCKS TWITTER BAN, CLAIMS HE IS TWEETING FROM ABROAD

“VPN? Nope……outside Nigeria for a couple of days, so can tweet for the time being….@dexxybaba,” Mr El-Rufai tweeted in response. 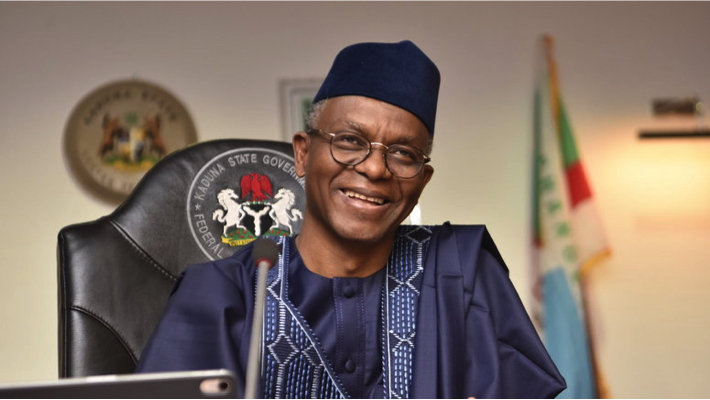 Kaduna State Governor Nasir El-Rufai has returned to Twitter after months of hiatus following a ban on the microblogging site by the Muhammadu Buhari-led regime.

Mr El-Rufai, like many of the regime’s faithful, had studiously stayed away from the social media platform which had largely served as his choice medium for public engagement after the federal government shutdown of the site on June 5.

But Mr El-Rufai shockingly tweeted a response to an admirer’s flattering adulation on Wednesday, in contravention of the ban on Twitter. He then quickly dispatched suggestions that he had circumvented the government’s restraint when a user confronted with allegations that he had tweeted via a virtual private network, VPN, which many Nigerians had been deploying to beat the ban.

"VPN? Nope……outside Nigeria for a couple of days, so can tweet for the time being….@dexxybaba,” Mr El-Rufai tweeted in response.

The governor’s response appears to mock the effectiveness of Twitter ban in Nigeria as notable Nigerians, especially corporate, religious and even associates of the government often come under the excuse of tweeting outside Nigeria’s territory to continue using the banned platform in defiance to the regime’s directive.

Mr El-Rufai’s tweet promptly drew public criticism from Nigerians who believe that the governor, an ardent supporter of the Buhari regime should comply totally with the Twitter ban.

But Mr El-Rufai rebuffed the criticisms, arguing that the ban on Twitter doesn’t affect freedom of speech, and that conflating Twitter with freedom of expression was a significant exaggeration.

The Kaduna state governor joins a host of other prominent Nigerian’s flouting the twitter ban on the excuse that they are tweeting outside Nigeria.