FEMALE PASTORS UNBIBLICAL, AGAINST THE WILL OF CHRIST, SAYS POPE TAWADROS

Female pastors un-Biblical, against the will of Christ: Pope Tawadros 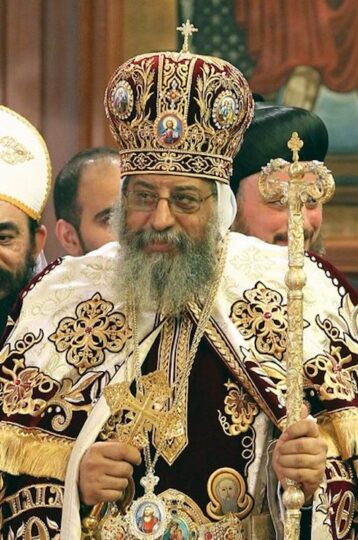 The priesthood in the Church is reserved for men only, according to the will of Christ himself, who, during his public life, as highlighted in the Gospels, chose his apostles from among men, while not even the Virgin Mary “wanted to be a priestess”.

In an interview broadcast by an Egyptian television station on Friday, January 7th, on the occasion of Coptic Christmas, the patriarch of the largest Christian community in the Arab countries repeated in a few sentences the reasons why the Catholic Church and all the churches of the East do not have the faculty of conferring priestly ordination to women.

In his televised speech, Pope Tawadros also repeated that the conferral and exercise of various roles in the Church does not respond to the logic and claims of “rights” and “duties” according to worldly models.

The words of Patriarch Tawadros on the priestly ministry reserved for men appear in full harmony with what is recognised in this regard by the Magisterium of the Catholic Church.

In May 2018, also Cardinal Luis Francisco Ladaria Ferrer, current Prefect of the Congregation for the Doctrine of the Faith, reiterated in a long and detailed article published in L’Osservatore Romano, that Christ himself wanted to confer the sacrament of Holy Orders “To the twelve apostles, all men, who, in turn, communicated it to other men”.

The Church – Cardinal Ladaria continued in that article – “has always recognized herself bound by this decision of the Lord, which excludes the valid conferral of the ministerial priesthood on women”