I WAS LABELLED A SATAN DISCIPLE FOR PREACHING PROSPERITY, OYEDEPO

I was called a devil for preaching prosperity - Oyedepo 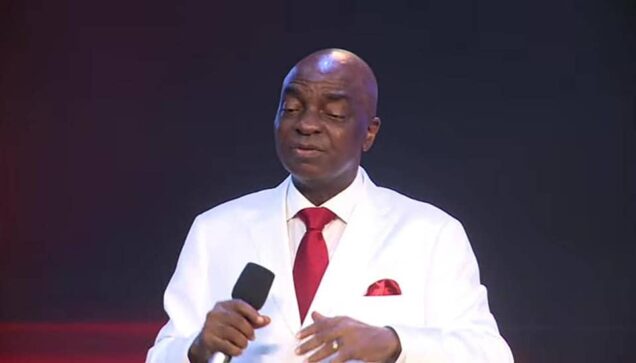 Bishop David Oyedepo, founder of Living Faith Worldwide said there was a time in this country he was called a devil for preaching prosperity.

Oyedepo spoke on Day 19, Evening Session of the church’s 21 Days of Prayer and Fasting, tagged: “Blood of Sprinkling Service.”
He said at that time, people were grieved that he was preaching prosperity instead of suffering and that people wished he died.
“I was a devil teaching prosperity, people were grieved, they wished I died. Now, everybody including the major attackers are now writing on prosperity. True leaders see ahead of others, every God ordained leader is a pace setter,” he said.

Oyedepo added that there was a time in this country when suffering was synonymous with blessing.

“If we suffer for Him, we will reign with Him. So here we are to suffer, there we are to reign with Him’. There was a meeting on a campus one time where they called people to come and delicate their lives to suffering. One zealous young man just came and some folks went forward.

“One of them spent nine years studying for a Masters. He was wondering what the problem was and he remembered one day he went out to dedicate his life to suffering. Nothing can be more destructive than ignorance,” Oyedepo said in a transcript by Church Gist, a popular Facebook platform.