KANO GOVT. SHUTS SCHOOL, WHERE PUPIL HABIFA WAS KILLED BY HER TEACHER

Kano shuts school where pupil Hanifa was killed by her teacher 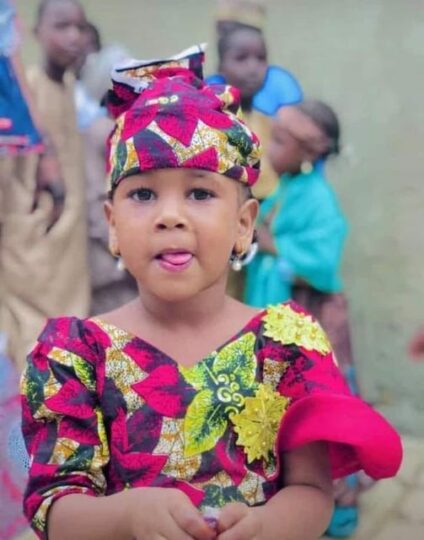 Hanifa Abubakar killed by her teacher

Five-year-old Hanifa was abducted on 4 December by her teacher, Abdulmalik Mohammed Tanko, who has been arrested by the police.

Abdulmalik demanded a ransom of N6million but went ahead to kill her after receiving the money.

“On investigation, Abdulmalik confessed that the victim, Hanifa was his student at a private school in Kwanar Dakata, Nassarawa LGA, Kano State”, the Kano Police Command said in a statement.

“He kidnapped her and took her to his house where he contacted her relatives and demanded a ransom of Six Million Naira (N6,000,000),” the Public Relations Officer of the Kano Police Command, Haruna Kiyawa, said on Friday.

“On the 18/12/2021, having realised that the victim recognized him, he claimed to have poisoned her to death, conspired with one Hashim Isyaku and buried her in a shallow grave within the private school premises located at Kwanar ‘Yan Gana, Tudun Murtala Quarters, Nassarawa LGA, Kano State.”

What on earth can possess a teacher/Schoolowner Abdulmalik Mohammed Tanko to kidnap this child and feed her with rat poison even after collecting N6,000,000. What on earth!!!