OUR MISSION WITH 2022 BUDGET OF ECONOMIC RE-ENGINEERING-IGBASAN

IGBASAN EXPLAINS WHAT GOVERNMENT INTENDS TO ACHIEVE WITH BUDGET OF RE-ENGINEERING.

The Commissionef for Economic Planning and Budget, Pastor Emmanuel Igbasan says the coinage of Budget of Economic Re-engineering is a symbolic and deliberate policy decision. 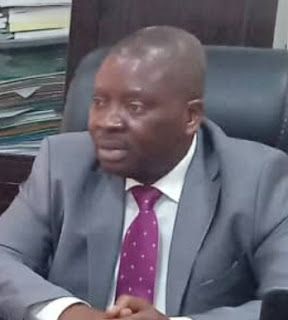 Speaking to journalists today in Akure, Pastor Igbasan explained that the budget name was to show the intention of the government to change the economic fortune of the state through industrialisation.

He added that the state government has also set the machinery in motion to change the nomenclature of Ondo from its civil service narrative.

"Economic Re-engineering means we are going to pay particular attention to economic enablers like productivity to enhance the capacity of our people and their well-being.                               Also, we intend to alter the civil service narrative to make us industrialised so that we can have more prosperity."

According to him, the budget was the peoples document prepared based on inputs from all stakeholders, particularly, those in the rural areas.

"Our officers met with people from all sectors of the economy, where we tabled what we have and they told us critical areas of theif needs. These meetings resulted in the framework that we called Budget of Economic Re-engineering."