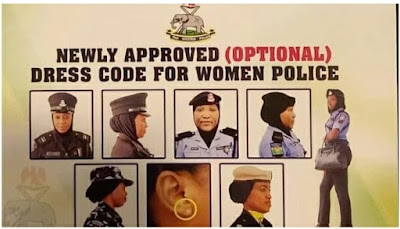 The new dress code also allows female officers to wear stud earrings under their berets or peak caps while in uniform.

Osayende, at a press conference in Benin, Edo State on Wednesday described the newly-approved dress code for female police officers in the country as illegal and unconstitutional.

He said, “Though, the 1999 Constitution was imposed on Nigerians, the same does not give the IG the constitutional rights to say that President Muhammadu Buhari has approved the use of hijab, which is a Muslim mode of dressing for the Nigerian Police. The police should not have ethnic and religious colouration.

“The Constitution of Nigeria is the highest law of the land, and the Constitution says that if any other law is in variance with the constitution, that law will be null and void.

“There is a part of the Constitution that established Nigerian Police Council, which has the President as the chairman; it has the chairman of the Police Service Commission as member and the 36 state governors are also members. They are the only ones that have the constitutional right to approve dressing code for the Nigerian Police.