UKRAINE: VIDEO AND DATA OF RUSSIA RECORD OF LOST MEN AND WEAPONS

Russian casualties in the War against Ukraine: Day 19th 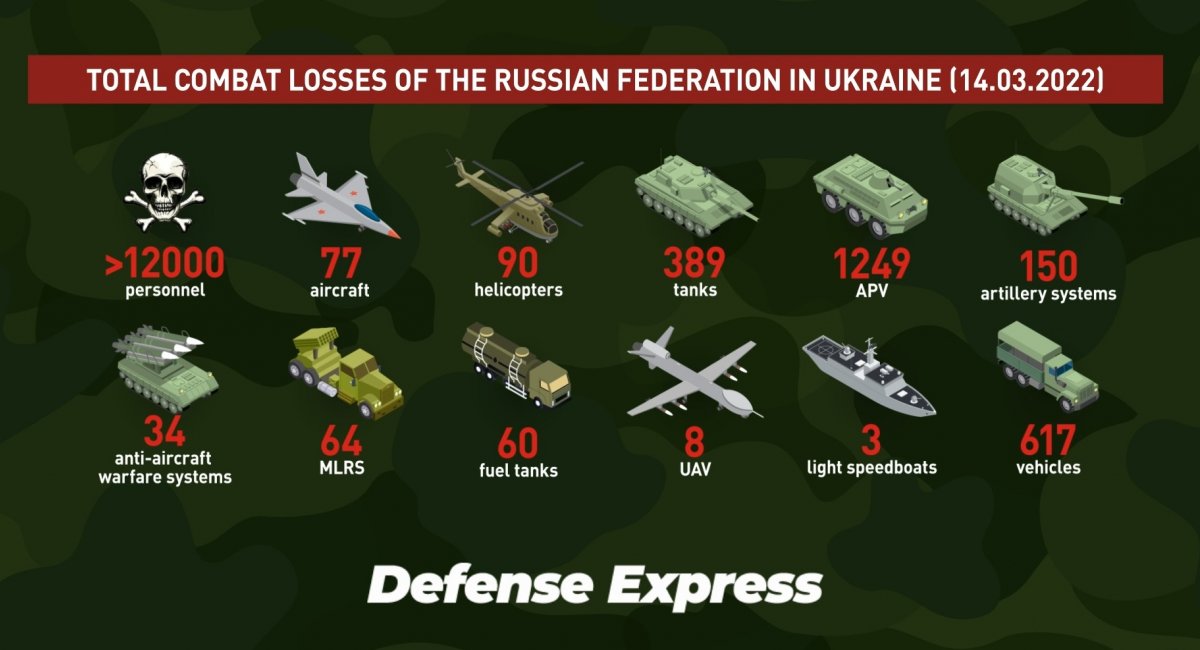 General Staff of the Armed Forces of Ukraine has posted the new summary of total combat losses of the enemy from 24.02 to 14.03. Find them in an infographics by Defense Express:

So far, the list of enemy's combat losses is the following: