UKRAINE WAR DAMAGE TO RUSSIAN INVASION PUT AT $565B 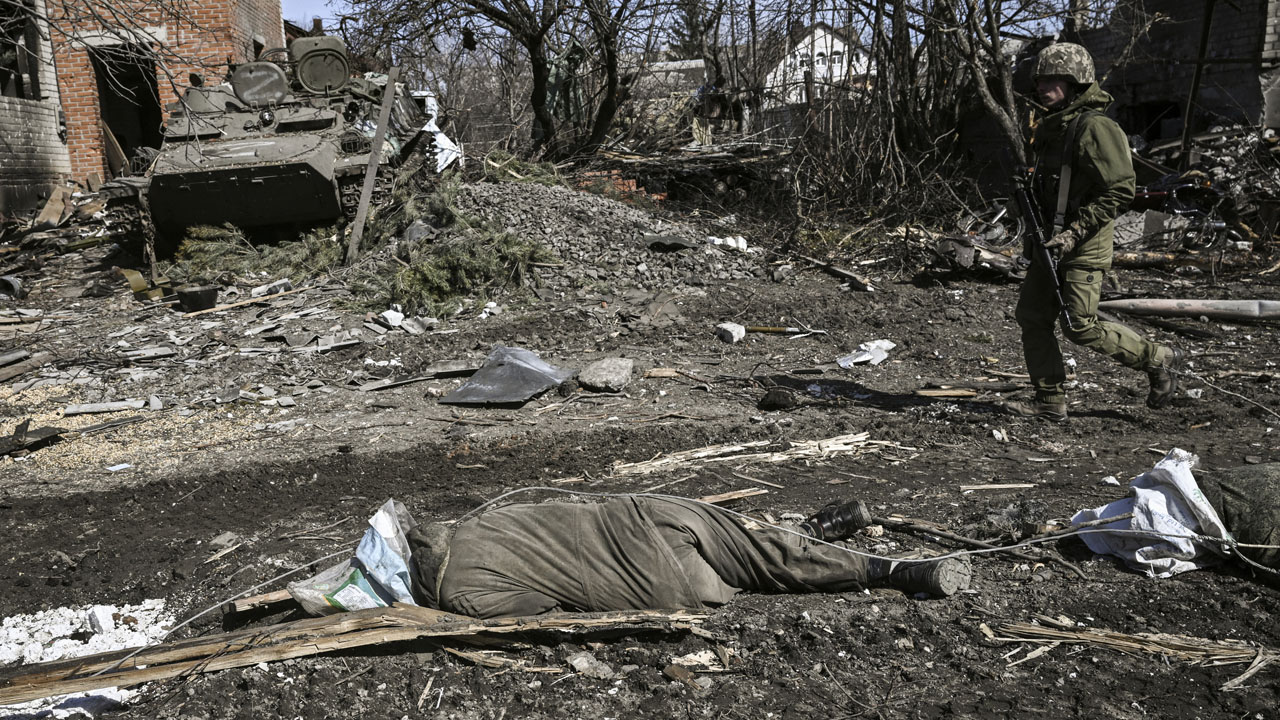 EDITORS NOTE: Graphic content / A man walks past a body of a Russian soldier laying on the ground after the Ukranian troops retaking the village of Mala Rogan, east of Kharkiv, on March 28, 2022.

The Ukrainian government estimated Monday the economic damages losses from the Russian invasion, which has been underway for just over one month, at nearly $565 billion.

“It should be noted that every day the numbers change and unfortunately they are increasing,” said Svyrydenko, who is also a deputy prime minister.

Damage to public and private property — with Russian forces resorting to fierce bombardments that have levelled some cities as their invasion, which began February 24, has stalled — was the biggest element.

Svyrydenko said public infrastructure losses — including damaged roads, railways and airports — totalled $119 billion, while damage to private property including housing was up to $90.5 billion.

Damages and losses suffered by private firms was put at $80 billion.

Svyrydenko estimated gross domestic product in 2022 would be down by $112 billion, which would be a drop of more than 55 percent of Ukraine’s economic activity last year.

Ukraine’s government will likely miss out on $48 billion in tax revenue, or just about all of what it was expecting to take in this year.

Meanwhile, $54 billion in foreign direct investment will likely not materialise.

Svyrydenko said Ukraine’s government would seek to confiscate Russian assets seized in the country as compensation.

“Ukraine, despite all the obstacles, will seek to exact compensation payments from the aggressor,” she said.