Use me, I already have 11 million votes: Atiku tells PDP 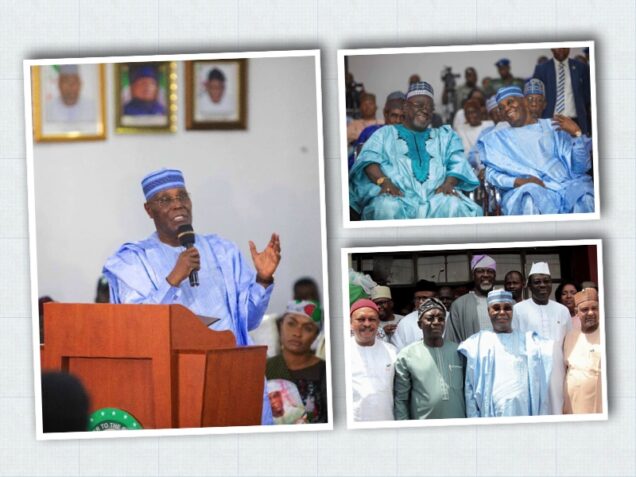 Atiku Abubakar making a pitch for his candidacy on Thursday

A presidential aspirant of the Peoples Democratic Party (PDP), Atiku Abubakar, made a strong pitch for the party’s ticket as he claimed he has 11 million votes already.

He said this Thursday when he spoke at a meeting with the National Working Committee of the party.

Abubakar was making reference to the votes he won in the 2019 election, when he was beaten by President Muhammadu Buhari.

Atiku, a former vice-president said he is the best candidate to win the 2023 presidential election for the party.

“I urge you to provide the right kind of leadership so that the best candidate can emerge,” he said.

“I dare say, Mr Chairman, I am the best candidate.

“Under normal circumstances, this is a guy who already has 11 million votes in his space, and I think as a party, you should give me the right of first refusal.

“In fact, we are in a democracy. All I urge you is to make sure that the way you have started, you should also conclude that way by being very fair, very credible, give every contestant the opportunity to face the election.”

“All the delegates drawn across the 36 states of the federation, plus Abuja; we will ultimately gather in Abuja and select one of you,” he told Atiku who is seeking to fly the party’s flag again as its presidential candidate.

Atiku and other co-aspirants will know their fate after the PDP primary scheduled for May 28-29.

Commenting on the meeting on his Facebook page, Atiku wrote:

“My meeting with the NWC of the PDP was very engaging. I affirmed to them that if they are looking for the very best candidate for 2023 presidential, they don’t need to look any further”.