"I have not stepped down, I'm very much in the race" - Hon. Olatunji 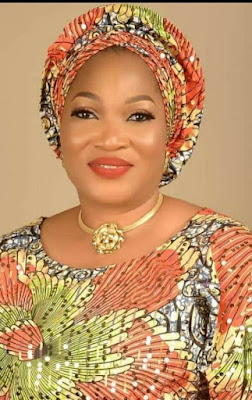 A leading and only female aspirant under the All Progressives Congress (APC) for Ondo Central Senatorial District, Hon. Omowunmi Olatunji has debunked rumour making the rounds that she has stepped down from the primaries.

She expressed shock at the news of her withdrawal from the contest saying it is not only laughable but a mere child's play.

Hon. Olatunji stated this today while addressing a press conference at her campaign office in Akure,  ahead of tomorrow's primary election for senatorial aspirants across the state.

The Akure princess while expressing confidence in the system and in the leadership of the party said she is most assured of coasting home victorious in the race as she is loved by her people and would not want to thrash that trust.

"Some information that could be disturbing came to me over the night of my withdrawal from the senatorial race. It is not only laughable but a child's play. For someone like me who have been in the race and understands what it means to embark on such a journey. It is interesting that someone will sit at one corner and cook things that does not exist.

I am very much in the race. I have not thought otherwise or relented from the struggle. It is not over, until it's over", she added saying she has confidence that she will emerge as the first female senator to be produced in the state.

While appreciating Mr. Governor, Arakunrin Oluwarotimi Akeredolu and the leadership of the party for promising a free and fair contest for all aspirants to test their popularity, Hon. Omowunmi Olatunji encouraged delegates to vote for her as she is the best candidate.