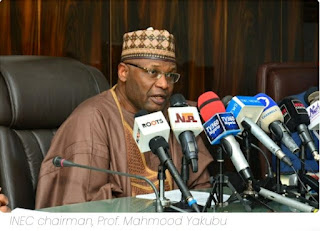 Professor Mahmood Yakubu, Chairman of the Independent National Electoral Commission (INEC) has been given seven days to “gather information about reports of vote-buying by the three leading political parties in the just concluded Ekiti State governorship election.”

SERAP urged INEC to “promptly and effectively prosecute those arrested, and bring to justice anyone who sponsored, aided and abetted them.

In the letter dated 18 June 2022 and signed by SERAP deputy director Kolawole Oluwadare, the organisation said: “Corruption of the ballot box intrudes on the freedom of Nigerian voters to make up their own minds. Vote buying and other forms of electoral corruption freeze out the less wealthy candidates and parties.”

“Wealthy candidates and their sponsors ought not to be allowed to profit from their crimes.

“We are concerned that impunity for vote buying and electoral bribery is widely prevalent in Nigeria, as perpetrators are rarely brought to justice.

According to SERAP, “If voting is as important as INEC always claims it is, now is the time to end the buying of democracy by wealthy politicians and their sponsors.”

“Vote buying encourages poor governance and weakens citizens’ capacity to hold their ‘elected officials’ accountable for their actions,” SERAP said in the letter.

“When political candidates or their sponsors decide to buy the support of the people rather than contest fairly for their votes, there are possibilities that such candidates and sponsors will show a disregard for democratic rules and a disposition to adopt illegal means becomes inevitable.”

“Vote buying is entirely an act of election malpractice connected with vested interest since an election can be said to be free and fair when it is devoid of vote buying, ballot snatching, and intimidation.