ODIRS APPRECIATES CONTRIBUTIONS OF COMMERCIAL MOTORCYCLE RIDERS TO ECONOMY, REWARDS THEM WITH GIFTS AT RAFFLE DRAW. 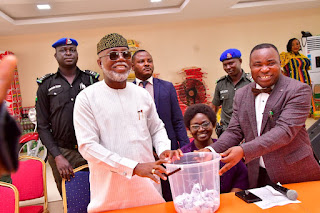 Ondo State Internal Revenue Service (ODIRS) in collaboration with the  State Government today held a raffle draw for motorcyclists and tricylists as a way of appreciating them for contributing enormously to the economy of the State. 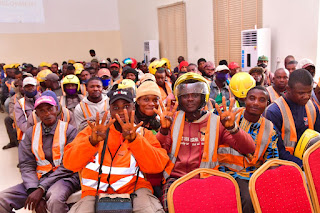 The raffle draw which is the second edition will be taking place at 7 local governments that contributed 80% of the estimated figures. The local governments include:   Akure South, Akure North, Akoko South West, Idanre, Okitipupa, Ondo West and Owo. 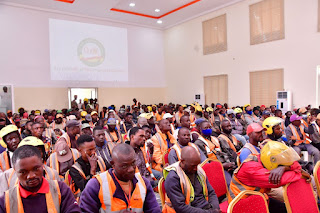 Declaring the raffle draw open, the Governor of Ondo State, Arakunrin Oluwarotimi Odunayo Akeredolu, SAN expressed his delight at the level of compliance of Commercial Motorcycle (Okada) riders to buying their daily tickets and contributing their quota to the development of Ondo State with an improved collection rate. 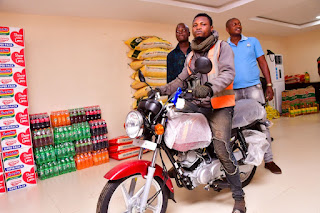 Arakunrin Akeredolu, whose message was delivered by his deputy, Honourable Lucky Ayedatiwa went back the memory lane to adduced reason for the raffle draw. 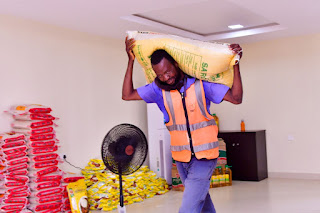 "This led to the invitation of Commercial Motorcycle Riders to this Hall last year where they were gifted various items ranging from Gas Cylinder to different sizes of Generating sets to appreciate their commitment".

"Here comes 2022 again, the collection from Year To Date is over Eight Hundred Million Naira (N800M) on their account. This is indeed a noticeable and remarkable feat".

Governor Akeredolu further assured every Motorcycle Rider of the State Government's commitment in creating an enabling environment for their operations.

Earlier in his address, the ODIRS chairman, Mr Tolu Adegbie stated that the raffle draw was organised to reward the Commercial Motorcycle (Okada) riders for their outstanding Civic responsibility performance in the State within the last few months.

"On comparative analysis basis, there has never been any administration in Ondo State Internal Revenue that has been this active and accountable in Corporate Service Responsibilities. Upon coming on board with the present administration, we resolved to take up promotional movements and strategies to complement the State Government's REDEEMED agenda and gladly a lot has been achieved in this regard".

Adegbie stressed that ODIRS  has contributed to the development of the State in the following ways:  presenting a Greating Sit to Numery and Primary Schools in Akure in 2018, graded 12 roads in Akure South, Akure North, Odigbo and Ondo West, donation of the sum of One Million Three Hundred and Sit-Four Thousand Nairs Only (1.364,000.00) to empathize with the vulnerable and support govemment activities during COVID-19 outbreak, erection of U-tum refective Road signs on 1st & 2nd gate tum, japo and 1st, 2nd gate and Sunshine Garden turn in Oba Ile, among others.

The chairman urged the taxi drivers to try to meet up with the specific amount allocated to them which is a hundred million (100,000,000) so that the raffle draw can be extended to them next year as the raffle draw continues tomorrow till the 7 local governments are covered.

Samuel Temitope who won the star prize of a brand new motorcycle TVS Plus HLX with Free Insurance, Free Number Plate, Free one-year License and renewal of Driver's license while appreciating Ondo state government and ODIRS for bringing up the raffle draw, stressing that he never thought that he could win a new motorcycle.

He added that he won't stop paying for his tickets as  the new motorcycle will inspire him to do more.