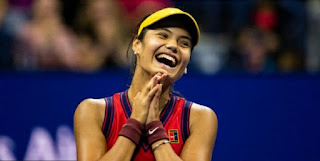 Emma has shelved plans to study law at uniCredit: SplashEmma — dubbed the Teen Titan by the New York Post — had stepped on to the court at Flushing Meadows bidding to become the first British woman to win a Grand Slam singles title in 44 years. Prize money of £1.8million awaited last night’s winner. 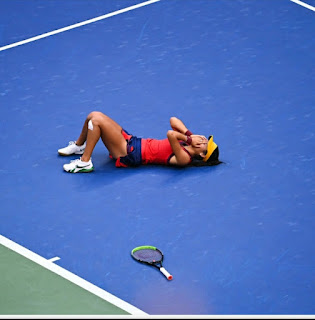 The A-level student, from Bromley, South London, was guaranteed £900,000 for making the final.

Experts now predict an avalanche of lucrative sponsorship deals and endorsements making her worth £150million. But the youngster’s path could have been in a different court, as a practising lawyer.She was applying to go to university to study for a law degree but had to delay plans last year — halfway through her A-level studies — as she started bagging serious prize money in tennis, sources say.A pal said: “She realised her tennis career was taking off much quicker — and the rest is history. She looked at a number of universities to study for a law degree while fancying herself to become a barrister. 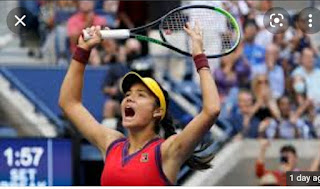 The 18-year-old became the first qualifier to capture a Grand Slam title as she defeated Canada’s Leylah Fernandez, 19, in the US Open women’s tennis final on Saturday.

The 150th-ranked Raducanu completed her Grand Slam fairy-tale by beating Fernandez in straight sets – 6-4, 6-3 – to be crowned champion.

She is also the first British woman in 44 years to win a Grand Slam title.