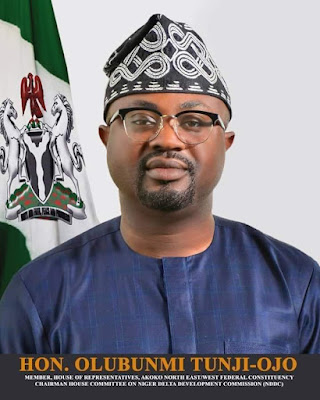 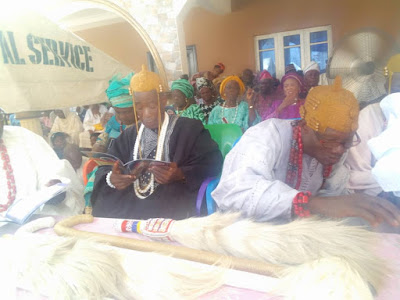 Speaking, the  convener,  Chief Odofin Olumuyiwa Asagunla said what Afa  community has done was to appreciate the good work Hon. Olubunmi Tunji Ojo performance in the two local governments and  most expecially  in Ondo state as a whole.

"I am happy that Afa Okeagbe community has come out openly to  endorse  Bunmi Tunji-Ojo. The reward for good performance is re-election.  Bunmi Tunji-Ojo has earned the trust of the community with good representation and prompt  delivery  on his campaign  promises' Asagunla added

The Zaki of Arigidi Akoko, Oba Yisa Olanipekun who spoke on behalf of other Traditional rulers in the local government commended Hon.Olubunmi Tunji Ojo developmental strides  in the Constituency

According to him, we are very  excited as the people of Afa Okeagbe community endorsed and adopted their son, Hon.  Bunmi Tunji-Ojo as their sole candidate for 2023 House of Representative polls.

"Hon. Olubunmi Tunji Ojo has represented us well at the Green Chamber and we have unanimously rewarded him with a consensus endorsement. And he has justified the need for us to support him to continue his good works", he added.