Two years after welcoming a daughter named Fifehunmi, actress Ronke Odusanya, and the father of her child, Olanrewaju Saheed, popularly known as Jago, have been enmeshed in a messy paternity scandal.

In a recent development, a Magistrates Court in Lagos State has declared Jago wanted over his absence to appear in court over their daughter’s custody.

Earlier this year, the social media space was saturated with the sudden breakup of the actress and Jago. The case has been in court over the custody of their daughter.

On the 10th of February, 2021, Jago stood before the court and requested a DNA test of their daughter to determine paternity before carrying on with proceedings.

The court granted it and mandated for both parties to present themselves for sample collection, asking Jago to pay for the DNA test.

Following the court’s order, Jago refused to show up, thereby delaying the court process. At this point, the Court couldn’t wait any longer and first issued a bench warrant on October 13, 2021 which he ignored.

In a court document made public, the court has declared Jago wanted.

The documents are below: 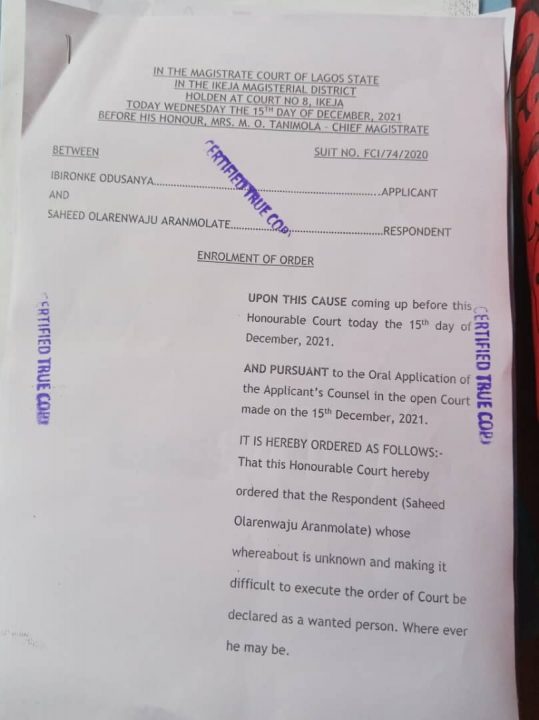 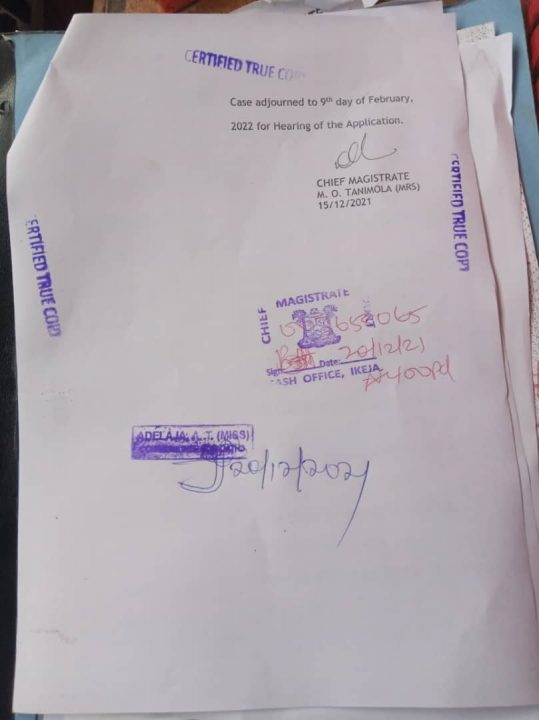 Ronke, who used to be in a relationship with Fuji maestro, Pasuma, had once stated that the father of her child was Jago in an Instagram post in 2019.