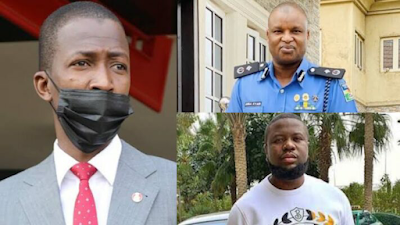 According to its annual Country Reports on Human Rights Practices, the Economic and Financial Crimes Commission (EFCC) has abandoned high-profile corruption cases to focus on prosecuting small-time fraudsters.

Although both the EFCC and ICPC brought indictments against various active and former high-level government officials, many of the corruption cases, particularly the high-profile ones, remained pending before the courts due to administrative or procedural delays, added the U.S. government.

Both anti-graft agencies declined Wednesday to reply to Peoples Gazette’s inquiries regarding the report’s verdict on their operations.

Last September, the EFCC chair said he could not publicly mention individuals financing Boko Haram and other terrorism acts in Nigeria, casting doubts on the agency’s genuine efforts to tackle high-profile cases.

Recently, the EFCC has gained notoriety for raiding hotels and homes of suspected internet fraudsters. The EFCC operatives sometimes opened fire on hotel guests and groped women in the genitals.

Last August, in an absurd move to atone for barging into peoples’ privacy without recourse, the EFCC presented an “apology gift pack,” containing champagne wine and other souvenirs to an Italian.

The high-handed anti-graft body made the gesture to the foreigner after invading his privacy and finding nothing incriminating to nail him, his lawyer Akeem Fadun said.

Though unlawful per the ‘Administration of Criminal Justice Law (2021)’, the EFCC has continued to parade suspects in Lagos, Nigeria’s commercial capital. The law prohibits the media parade of suspects and protects the rights of any person that comes in contact with the justice system in the state.