ARTICLE: AYO MORADEYO: FIFTIETH GOLDEN YEAR IS GOOD ON YOU

AYOLOMO: THE GOLDEN AGE IS GOOD ON YOU. 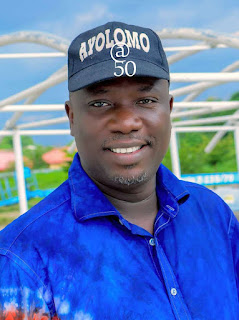 Marking of birthday means many different things to people. To some, it's to make merry and enjoy the day, to another, it's a party time and others it's meant to quietly give thanks to God. Whichever way you view birthday, it is a day deseving of special mention and gratitude. Many of our contemporaries did not live to attain the age we are marking. Being alive is a result of special grace, nothing more. Fiftieth birthday is so unique that the age had been coined and labelled golden. And in reality, it's golden truly, in a country where life expectancy is 45. Marking of birthday, the golden year anniversary is an avenue to express gratitude to God for his abiding protection over the celebrant. 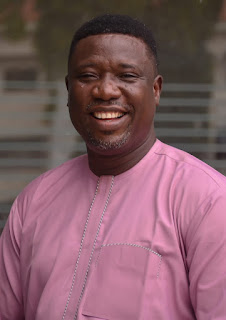 It's not a good feeling to doubt an individual's claim about his age. More so, when it's not reduced or tampered with to prolong his stay in office. No wonder a philosopher said, "doubt is not a pleasant condition but an absurd one."

Ayo Moradeyo is 50 today. There is no reason, genuinely so, not to believe him that he is up to that. Yet in reality, nothing whatsoever, supports this age in him. To be sincere, the youthfulness and vivacity that he exhibits gives the impression of him as a 30 something year old. He makes a mockery of his age through a character and lifestyle packed with exuberance.

Ayo Moradeyo is a star among journalists in Ondo State, among politicians and his employers-TVC. He has carved a niche for himself as a dogged, resilient, dutiful and reliable reporter. The Ibadan-born newsman goes after news with every seriousness he could muster. He savours gathering news. As he reports government activities, he also covers newsworthy events outside government. The popularity of Ayo among politicians is so pronounced that virtually every one that matters in this State knows him. In case you think I am flattering him, it is on record that Ayo has won more awards than any journalist in this State in the last few years. The awards have been coming his way in torrents. He is a multiple award winner.

Ayolomo, as he is foundly called is one of the regular faces in the premises of the Nigeria Union of Journalists (NUJ) a.k.a Press Center (PC) or Pen House. Ayo uses the centre as his office. His reports are packaged there. Aside that, he recreates there, playing tennis, ayo opon and at times draft. Ayolomo and some of his contemporaries make the new-look Press Centre tick and bubbling with life. The PC helps him to unwind and refresh. He works hard, plays hard and enjoys hard. Omo to nsise deedee, oye koni asiko igbadun...

This journalist can be troublesome. He does not fight or cause trouble in that sense but he brings life to the centre with jokes, banters and anecdotes. He has a sharp tongue and a witty sense of humour.  If you call him enunjawaya, you are on track.

Ayolomo's rumbustious nature makes him infectious. He loves life and he demonstrates this via his lifestyle.

Ayo embodies a typical journalist: friendly, vivacious, energetic, flamboyant, and painstaking. He is at home with everybody, as he makes friends with all and sundry. Ayo possesses all the attributes of a local Ibadan boy. When he decides to sing, you would be tempted to assume he is a musician of the Oyo State capital extraction. That should not be surprising. Ayo was born and bred in Ibadan, where he had his primary and secondary education. He studied journalism at the famous and prestigious Ibadan Polytechnic.

Another attribute in Ayo is his appreciative nature; he digs quality and beauty. He would go out of his way to shower encomiums on what he considers delightful to the eye and his intellect. He also applauds quality works. Gregarious as he is, Ayolomo is respectful. Sometimes, the question he will ask you might sound embarassing. You are likely to think he is pulling your leg but he is not. That is the extent of his humility.

He has spent all the 19 years of his journalism career in Ondo State. It began in 2003 reporting for Galaxy Television thence to National Mirror before pitching his tent with TVC. He has gone through some rough periods in the course of news gathering. At one of his assignments, he was beaten and had his cloth torn to shreds. A reporter cannot escape such experience at least once in his career. That is one of the experiences that turns a journalist to a die-in-the-wool reporter.

At 50, Ayolomo has come of age. He has everything going for him and going his way. God has been good to him. Broadcast journalism has made him a star among his peers. I join others to congratulate him.

Happy birthday. May the years ahead be more prosperous in Jesus name.