No matter how often defeated, you are born tovictory. The reward of a thing well done is to have done it.—Ralph Waldo Emerson. 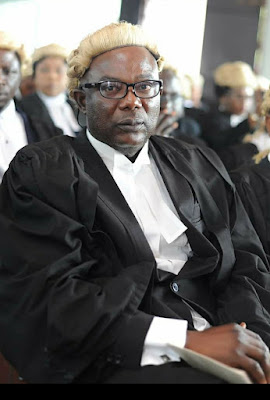 In the journey of life, man goes through stages and phases. People seeing us from afar catch glimpses of the successes and failures and base their comments on the outcomes. Beneath these are pitfalls, disappointments, drawbacks, insults and failings. The undeniable reality fact of life is that man's journey is not one straight road. Every journey has it's detours and the road itself filled with  potholes, failed portions, bus stops and slopes. One gets to reach these parts of the road, before arriving at his destination. That is the reason behind Akure's saying that 'aye yani bi urin owe.' Life's journey is not as fast as trekking.

Life can be interesting when one looks back and goes over the turmoil he experienced while growing up and in pursuit of his dreams. July music legendary superstar, King Sunny Ade, in one of his numerous albums sings, 'bode arose, roya boba peran koni fenikan je.' Meaning if a hunter reflects on the suffering he went through in the bush, he would not share his spoil with anyone.  I cannot recollect our discussion about when he made up his mind to become a legal practitioner. But I tell you, it was tough, very tough indeed.

If you categorise Abayomi Ojo Michael Esq popularly known as Barrister, today as a symbol of success in all ramifications, you have reasons based on result on ground. Result is evidence of hard work. Isn't it?  However, I want you to know that the price he paid, the race he ran to get to where he is today was a marathon. Only strong and fit men do marathons. His peregrination to becoming a legal practitioner of today was long, tortuos and frustrating as well as discomfitting. The story I want to relate here will serve as inspiration for ambitious youths. Ikoko to maa jata, idi e agbona.

In those days, falling short of expectations called failing exams to us was seen as having not worked hard enough. The devils of that time did not have a grip on us. (Nobody misled us into thinking that a devil or witch in our family or neighbourhood caused it)  After WAEC exams, most of the candidates hardly passed five papers to qualify for admission into higher institutions such as Advanced level, Polytechnic or Teacher Training School. Majority would take up teaching in a Secondary School and prepare for GCE or next year WASC. Abayomi's case was not different.

He sat for his Secondary School living Certificate and got some papers but not all. This made him to take up teaching in a Secondary School. One fateful day, the School Principal, who was in a bad mood, called him aside. The interaction went thus:

Principal: Young man, how are you?

Abayomi: I am fine sir.

Principal: I have been seeing this face around of recent. What do you do here?

Principal: What is your qualification?

Abayomi: Sir, I have School Certificate with credits in so and so subjects.

I am here to teach for sometime, preparatory to sitting for next General Certificate Education (GCE O/L).

Principal: You mean you are a failure?

Abayomi: I beg your pardon sir. I am not a failure.

Principal: This School is not a place for failures. You are not needed here. Go home.

That embarrassing experience made him to forgo teaching. He proceed to the Federal School of Arts and Science, Ondo (FSASON). There he did remedial and sat for his A/L papers. Abayomi was there for three years and made friends as a result of his selfless activities in the News and Current Affairs Society (NECAS). But then, his result in the Advanced level papers did not meet the requirement for admission into his dream, the University.

Undaunted, he headed for the Continuing Education Centre, (CEC), Okearo, Akure to retake the papers. This step was not easy. That was the lowest point of his life. I saw this in him though I never mouthed it. This adventure ended in near success again. The journey of three years had extended to four years with nothing to show for his efforts. Can anything be more distressing?

Perchance, he had read the quotation of a philosopher, whose name, I cannot recollect. It says, THERE IS NO REAL FALL AS LONG AS ONE STILL TRIES, FOR SEEMING SETBACKS MAKE THE STRONG MAN WISE. There was an incident that occurred shortly when we became friends. I am sure not many are aware of this. A charm with cowries and other emblems-white, black, red cloth, feathers was found beside his bed in his room. It was shown to me. Consultations were made to know who dropped it there. My promptings to get identity of the culprit yielded no fruit.

A determined Abayomi was ready to pay any price to acquire University Education. Eventually, he sat for JAMB and was admitted to read Philosophy at the University of Ibadan (UI). He was there for one academic session. He then undergraduate sat for the JAMB examination again. This time and finally, he triumphed, notching success and was admitted to the University of Ife, now Obafemi Awolowo University (OAU) to read Law. His relentless and fun-loving nature made him join the Kegites Club. He rose through the ranks, culminating in the World Chief. On this seat, Barrister toured virtually every State of the federation, on gyration duties. In all these trips, God protected him from any road mishap.

Blessed be disappointments, sufferings and the like. Blessed be all of them that demand courage. Out of them cometh the making of a man."

After his call to bar, he joined the chamber of a lawyer-cum politician in Akure. Abayomi was the all-in-all, running the chamber as if its his, the Chief Executive Officer (CEO). And he did it successfully. A year down the line, he told the man of his intention to quit. But the lawyer, who was more of a politician/businessman than a legal practitioner, persuaded him to stay, offering to double his salary. His offer failed to dissuade Mike, as Abayo stuck to his guns, leaving the chambers. Thence, he headed for Lagos to seek greener pastures. His sojourn to the economic capital of Nigeria did not last long, as two similar events truncated his plan. Within a space of two weeks, he experienced two armed robbery attacks. Men of the underworld, armed to the teeth, visited the house he was living in.

In one of the incidents, he was forced to recumbent at gun point. One of the robbers pointed a gun to his head and threatened to blow up his head. According to him, his heart beat skipped a few seconds as he faced death literally. The last experience brought him to the reality that Akure, his hometown was safer for him to ply his law practice.

Unknown to him, his 'forced' return home was to fulfil a mission. Back home to Akure, he joined the chamber of Adedipe. His work there lasted about two years, as the need to be his boss became irresistible. He opened his chamber at Hospital road in the capital city. A few years thereafter, he joined politics at the union level. Based on his popularity among his "learned" colleagues, he became the Secretary of the Nigerian Bar Association (NBA), Akure branch in an election held at the High Court in 2001. After that two-year term in office, he contested and won the chairmanship election and served for two terms- from 2004-2008.

Barrister's, as he is popularly known among his childhood friends, forte lies in his ability to make every friend have a sense of being important. He is gregarious and friendly with everyone, both the low and the high. I have had a bundle of close friends, he is one of the most accommodating persons I have ever met, a trait he imbibed from his homely mother. However, if he finds you with some character flaws such as pride, inconsistency, disloyalty and such, he will keep you at arm's length.

If Barrister appears to be enjoying himself today, do not blame him. He has always been like that. His youthful mien is another plus for him. To him, life is to be lived and enjoyed to the fullest.

The success he symbolises today is the result of a never-say-die, unwavering and laser focus commitment to his goal. He has paid his dues, fully. The saying, winners never quit and quitters never win best captures all that has become of omo olojo ibi, olowo ori Princess Abimbola, Michael Abayomi Ojo.