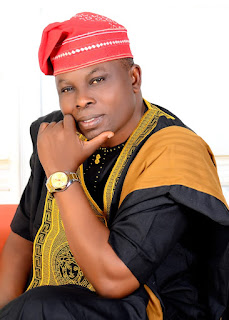 One of the opportunities given to all men and women is the chance to display the stuff we are made of. We do this through our attitude to our fellow man. Life is in phases. The times of man is in stages. Each man comes on board in form of an actor; plays his part in assigned role. The diligence, sincerity and fairness with which we play our parts and roles is left to us.

The public service is an institution that accommodates all shades of people with various believes. It comprises of qualified, less qualified, competent and incompetent people. The system is another world on it's own. Everything good, bad and evil exists there as we have them in the world.

Many individuals have come into the system and get to the top with nothing to show in term of impact made on people's lives. They accumulated much wealth to the chagrin of their impoverished subordinates. To them, these low level staff are destined not to be assisted. Yet, some (these are very few) use their offices to assist many and leave their footprints on the system.

Ayodele Francis Ojo belongs to the latter. It is time for him to bow out of the civil service. He has been part and parcel of the bureaucracy for the past 35 years, having joined the system at the age of 22 with West African School Certificate. To have attained the position of a director from such a humble start-off is not a mean task. When you talk of men, who have made their marks with indelible contributions and footprints for coming generationy to trail and benefit, not many in his cadre surpass him. 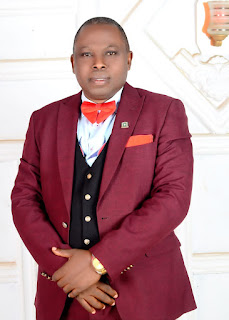 By virtue of the standard he has set for himself, there are many misleading assumptions about him. These deceptive notions about his person gives the impression that he is a sort of a Superman. When he was the Accountant in the Ministry of Local Governmeng and Chieftaincy Affairs, many said he was the richest public servant in that entire building. The structure houses Ministries of Information, Establishment and Training as well as Local Government and Chieftaincy Affairs. I heard it but I never said it to his hearing. About ten years later, he told a story that made people to have a false impression of the level of his riches. I would not know where he got his sense of planning from, but Ayo is blessed with well cut out ways of accomplishing his aims, goals and targets.

I often marvel at the retentive memory of this well-decorated accountant. Ayo would recount happenstances of four decades ago with figures as if they happened yesterday. This may be due to his being a trained man of figures. Our first meeting after twenty buttressed this. He called my name fully. Ayo has the names of all his primary one to six teachers and classmates as well as  events of early 70s on his fingertips.

As an accountant, the retiring Ayo knows the quantum of money that comes into the Ministry's coffers. In all the Ministries he served, he ensured that everyone was given a sense of belonging. In his short-lived first sojourn in the Ministrv of Information, he spearheaded the sharing of imprest to every member of staff. This 'live and lets live' policy drew the ire of some powerful individuals. He was reported to the Commissioner as a member of the then opposition PDP. The Governor, Dr. Mimiko, on hearing this, told the Accountant-General, Mr. Ibukun to change him. Ibukun dilly-dallied, to dissuade Mimiko, insisiting that Ayo was a competent professional. The Governor thunder on realising that the AG was not yielding to his instruction to replace Ayo, "It's not about competence; i don't want him in Information."

It is on record that he fought first inclusion and increment of the monthly imprest for the Press Officer attached to the Commissioner of Information, twice.

Ayo is as bold as a lion. A political office holder, who debilitated his office through selfishness drew his ire. The accountant went to him and said: Mr. Commissioner, you are treating us as if we are kids. By age and every other consideration, you and the directors here, are contemporaries. How come you think only of yourself and deny us some of the largesse?" The guy just looked at him without response.

As bold as he is, Ayo counsels political office holders desirous of good name. He equally went to another approving officer and said: Commissioner, i am sure you know some greet you as if you have offended them. When a leader does not seem to be doing enough for his followers, they show their displeasure in their disposition. You might think you are doing well, but not many are feeling your impact. Let your goodwill get to the lowly public servants in this Ministry." That was his indirect way of making the Commissioner extend the running grant to all.

The gogetter, selfless and irrepressible traits of Ayo were manifested as he assumed power as the Chairman Ondo State Chapter of Association of National Accountants of Nigeria (ANAN) in 2020. That Accountants are directors today is due partly to his untiring efforts. He told me several times while making moves, holding consultations and meetings to bifurcate the Account cadre from Finance and Administration and stand as a Directorate. "Awe, hun kobati agba laa fun, accountants gbedo silabe adm mo." (We will give it whatever it takes, Accountants can no longer be subservient to Adm). Meanwhile, Ayo was fighting a course that amounted to cheating. "I and the rest of us were undeservedly marginalised and cheated. The Head of Service of the federation has approved the professionalism of cadres through a circular since 2001. And all states of the federation have been operating accordingly since. Why should Ondo be different?"

Now, to his well-planned lifestyle. Ayo joined the service with WASC. Two years after, he went for his OND and capped it with HND within seven years. He has a Post Graduate Diploma in Financial Management  from the University of Ado Ekiti (UNAD) and his MBA from Adekunle Ajasin University, Akungba (AAU).

If you think his plan is for his education pursuits alone, let's see what he has done in other areas of his life.

Ayo does not use second-hand cars. Rather, he purchases them through the bank. On the average, he and his wife offset the loan on a vehicle for between four to five years. The day he pulled out the document showing that his car was paid for by his bank made me understand why some thought he was a millionaire.

He could be somewhat uncompromising but principled. You dare not display laxity or incompetence before him. He might not scold you directly but the poser he will put to you would be loaded with meaning. The Akure-born accountant is a farmer. Ayo gives with unreserved love. It should not surprise anyone that all his old primary schoolmates and childhood friends are still his close friends. The gifts, which God has blessed him with, have neither blinded nor made him pompous.

Strict as he is, Ayo is approachable, accessible and an easy communicator. He will take time to explain anything you ask him, even concerning his personal life. However, you will be disappointed and let  down if you venture into government monetary matters.

Ayo symbolises the modern-day accountant: friendly, jovial, unassuming, firm, obedient but highly professional. And more than these, this guy is a bundle of humility. His respectful nature is manifested in the manner he responds to people's greetings with, 'sir.' He gets off his seat to welcome any, and every elderly visitor to his office.

To his family members, he is a father figure. The loss of his father many years ago,  helped to shape him. It also inbued in him the reality to be a man of himself-Anirare. The experience of losing his dad did not prevent him from being useful to his own people. Rather, it shappened his resolve to  take up the challenge of a father to his brothers and sisters.

This typical 'Akure boy's love for the good things of life shows in his sartorial taste. Always impeccable in either suit, jacket or traditional dress, Ayo enjoys looking distinct and classy. His comeliness notwithstanding, Ayo is a local boy to the core. His love for the Akure dialect is unmistakeable. Even, when he speaks Yoruba, the local accent is pronounced.

Aside his rich educational qualifications, he is a member of many professional bodies.

Everything that began has to end, some time and someday. That is the way life is; nothing, nobody can change it. Ayodele Francis Ojo's peregrination through the public service, which was birthed at the Ministry of Lands 35 years ago, climaxes today. He is rounding it off as a director in the Accountant General's Office. What a journey it has been for him, through these years. He has been a source of joy to his seniors, his contemporaries, his subordinates and the system at large! Those, who have crossed his path know that he is a thoroughbred, skilled accountant with respect and blood of fairness running in his veins. The exit of a rare breed such as Ayo is a minus to the system.

I congratulate him. And warmly at that. He is a blessing to our generation, to his cadre, to his family, to his friends and to the system. May his life in retirement give him the quantum of joy his years of service have given to others in Jesus name