The Ondo State Internal Revenue Service (ODIRS), on Tuesday distributed the sum of N57,520,001.36 million to the 18 local government chairmen in the State. 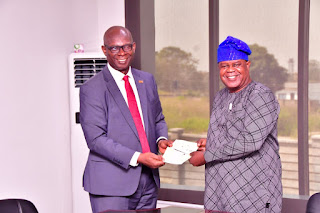 The sum is the revenues accruing from the Land Use Charge as well as Radio and Television advertisements for the second half of the year. 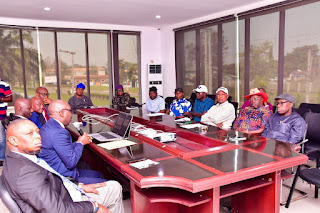 Speaking on the sidelines of the event, the Executive Chairman of ODIRS, Mr Tolu Adegbie noted that the disbursement is the second and last for the year.

According to him, the disbursement is coming at a critical time and period. He expressed the hope that the money will assist the Chairmen to cater for some of the needs in their Councils

Mr Adegbie, however reiterated the commitment of ODIRS to increasing the revenue profile of the State next year, through the capturing of residents phone details.

He urged residents of the State to cooperate with ODIRS staff, who will be going round from the first quarter of 2023 to get their personal information.

Earlier, the Chairman of Association of Local Governments of Nigeria (ALGON), Hon. Augustine Oloruntogbe said the Governor must be thanked for prioritising the affairs of workers in the State.

Oloruntogbe observed that the Seven months salary arrears of workers owed by the last administration has been reduced to Two months.

He also thanked ODIRS for raising the revenue profile of the State. The Cojncil boss assured the people of the State that the Government is prudent and will continue to work for them.