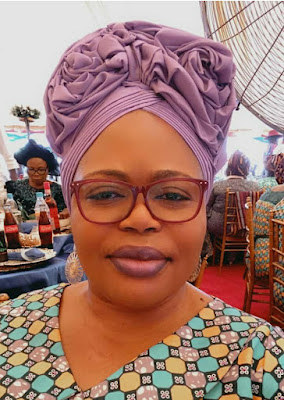 Character is a personal credential, no man is honoured without it

The Nigeria of today has no place for core values of integrity built through exemplary character. It sounds even odd to tell people that someone is of good of good character, an omoluabi. People would look at you and retort, "He is pretending; is he not a Nigerian?" That shows the level lack of good character has degenerated to. Our young ones are not seeing much in exemplary good deeds. The country, and the society yearns for men, women with sterling qualities worthy of emulation from politicians, civil servants, religious leaders and community leaders. Everywhere you turn to, it is survival of the most capricious, those who know their way. The men, women and youths, who can circumvent the system, are having the best of the land. There is no more desire to hold unto personal beliefs about morals, discipline and fairness. We have all come to accept unethical behaviour as the norm; it's you either join them or get sidetracked. Otherwise, how else would one describe a scenario where competence is sacrificed for incompetence and the best, the most qualified are denied opportunities available. Once you know the right person,  other considerations do not matter.

Nigerian politics is known for Its winner takes all pattern. The man in charge is Mr Know-it-all, bundle of knowledge, who is unquestionable. Who dares do that? All others working with him are more or less his subjects. Whichever way or angle you look at it, position of authority does not take away exemplary character. Neither does it teach, impart or tanishes good manners. Power merely enables one to showcase his true character and philosophy of life. That is why the Yorubas say eefin ni iwa ni.(character is like smoke, it will come out no matter how long it is bottled up). A philosopher said, character is a personal credential, no man is a man of honour without it. By virtue of the paraphernalia attached to offices and the unlimited powers the occupants possess, those opportunity to lead are honoured, dubiously so, though not deservedly so.

If you are meeting the new Commissioner for Information and Orientation, Mrs. Bamidele Ademola-Olateju (B.A.O) for the first time, she is not likely to strike as an exemplary character. Nothing in her pulchritude tells her true picture or give an inkling of a woman blessed with abundant ability for making things happen, positively at that. Her physical appearance is a betrayal of the in-built qualities of the woman in low hair cut. In this woman, you have an individual that has developed herself to a point, where she fits any role. Beyond that is the respect, discipline and cultured-fairness she imbibed from her rich Yoruba culture and traditional background.

Whenever Epinmi Akoko-born Commissioner speaks or delivers a paper, her presentation, interspersed with profound instructive Yoruba proverbs, might mislead you to jump into conclusion of her being a local champion. No. She is internationally home-brew. Mrs. Bamidele Ademola-Olateju was resident in the United States of America, where she was trained and employed prior to her appointment. Before now, she was the Commissioner for Regional Integration and  Diaspora Relations. How she manages to retain undilluted Yoruba language with old time proverbs remain a knotty conjecture. Her believe in the Yoruba way of life in unbelievably sacrosanct. The Commissioner lays credence to every of her position on ethical behaviour with a Yoruba proverb. On the dignity of labour, she would remind you of the teaching of those days, which says, 'ise loogun, ise lafi ndeni giga.... On compensation at place of work, her stand is found in another Yoruba aphorism, "ibi ti ati nse lati nje, sugbon maje e run." With her, you have the convincing impression of a sincere and trust worthy ambassador of attitudinal change. She says and lives it. Talk is cheap; anyone can come out, by virtue of position and office, promise heaven and earth. Talk is the cheapest commodity, fulfilment is the costliest. And ironically, she is not verbose in making her point. However, this woman has decided on her own to pick the gauntlet and reflect her tenets. B.A.O, (that is her acronymn) walks her talk, as she demonstrates her tenets openly. Eefin niwa.

In just a matter of weeks in the saddle, the Commissioner has visited virtually all the media houses in Akure. She has also hosted all the media executives. If you label that taking care of her external public in the state, you are right.

Beyond that is the new mentality being infused in the Ministry by this woman. Everyone is now having a sense of belonging. Enthusiasm for work and service delivery is being revived.

From the management staff, to unit heads, junior staff and officers attached to other ministries, things are beginning to look up. Mrs. B.A.O somehow carries all along, with relative ease. She has made her vision clear to all. The manner she presents her vision, her sincerity of purpose, the spirit of 'live and let others live' makes all buy into her manifesto. Change, real change has come to the Ministry of Information. There is no doubt that women have powers, to make their men do their wishes. I did not know that such powers to effect change in peoples disposition is part of their gift. It's beginning to appear as if leadership, carrying people along is not difficult after all.

The new Commissioner's curriculum vitae is intimidating. Call her a woman of many parts and you will be right. She has very many feathers in her cap. She is a lecturer, a   verified social media influencer, media consultant, thought leader, versatile and strategy driven technology expert, business improvement engineer and a political columnist.

Let me give a brief peep into who BOA is.

She is well educated having obtained  degrees in Zoology, Business Administration, Computer and Information Systems from Nigeria and the United States universities.

B A.O is the only female columnist reaching over 500,000 readers weekly, on one of Africa’s largest news platforms,

Premium Times. She helped grow their Social Media platform by over 30% in 3 months. She once taught business and technology courses in the USA at the University of Detroit Mercy.

She joined one of the most valuable companies in the World, Ford Motor Company in 1999 and then Compuware Corporation in the early years of the internet’s adoption building applications and trained 100s of people in early computer languages like ASP, COM+, Java, Java Servlets, Perl, HTML/CSS, DHTML,

projects that would impact the developing world and her home country, Nigeria, becoming director of operations for Circle of Hands (COH) which supports civic leadership, youth development and providing direct care to young people suffering fromsubstance abuse and addiction and those afflicted with HIV/AIDS. She has also played an advisory role on security in Southwest Nigeria to the Development Agenda for Western Nigeria (DAWN), a coalition supported by Governments of the Southwest that projects initiatives with focus on harnessing the abundant resources of the Yoruba people to unleash their collective enterprise. She has also served in an informal role supporting the Ekiti State

Her education attainment, exposure and achievements notwithstanding, B.A.O's believe in the dignity of man and hardwork as entrenched in unwritten Yoruba ethics serve as her impetus.

She is an apostle of ethical behaviour. She breaths and demonstrates what Oyinbos call ethics but Yorubas know as Omoluabi.

We are getting to realise that leadership is basically about succeeding in marshalling followers to perform their duties. And that is, without being coerced, insulted, maltreated or arm twisted. Successful leaders lead by example and the followers fall in line. It is ethical behaviour in English. Character is a personal credential, no man is honoured without it.