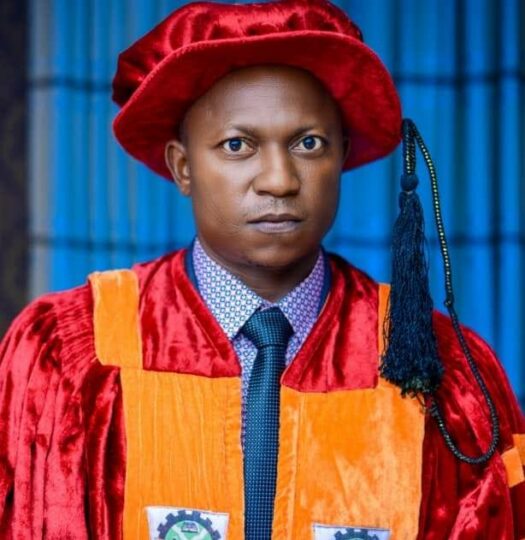 Dr Salisu Usman-Ogbo, Rector, Kogi State Polytechnic, on Wednesday slammed a ban on the sale of hand-outs and textbooks to students in the institution.

The rector made the declaration while receiving an award for outstanding achievements bestowed on him by Women in Leadership Positions in Kogi Polytechnic, Lokoja

“The days of lecturers making themselves task masters to our students are over and gone for ever.

‘I know the hardships these students face in trying to purchase those textbooks and hand-outs just to please their lecturers, whom they fear may take offense if they don’t buy.

“Enough is enough of that maltreatment. I am very much aware that lecturers in other state-owned institutions in Kogi don’t sell textbooks and hand-outs to their students so why must it be only Kogi State Polytechnic? ”

Usman-Ogbo warned that henceforth any report against any lecturer flounting his directive would attract the wrath of the management.

According to him, times are hard and the students should not be subjected to more hardships but be genuinely assisted to perform excellently in their academics.

While thanking the women group for honouring him, the rector pledged to do his best at making the polytechnic one of the best institutions in the country.

Earlier, the women group leader and Dean, School of General Studies, Mrs. Balagbogbo, said that the award was in recognition of Usman-Ogbo’s tremendous achievements in the institution.

Balagbogbo described the rector as a “firm believer” in gender equality like Gov Yahaya Bello, which had made them proud of him as a seasoned administrator.

She pledged the women group’s continuous support to the polytechnic management, to succeed in taking the institution to greater heights.