An armed robber fired a gunshot inside a Brooklyn jewelry store before making off with over $100,000 in loot on Tuesday, police said. 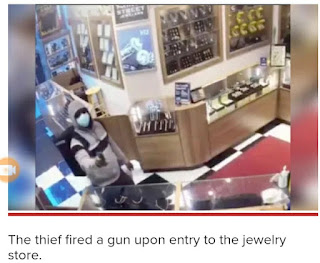 The crook netted mainly jewels and about $875 in cash during the afternoon stickup at Prince Street Jewelers at City Point Mall in Downtown Brooklyn, according to the NYPD.

Surveillance footage of the robbery shows the suspect stroll into the store and squeeze off one round above a counter. 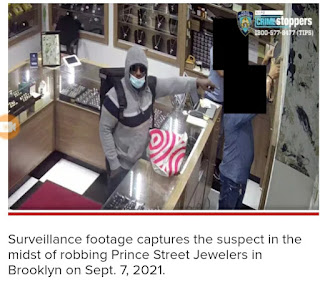 He then hands the workers a plastic Target shopping bag while apparently making his demands, gesturing to the display cases, the video shows.

At least two employees were in the store at the time. No injuries were reported.

The thief was still being sought as of early Thursday, according to police.

The thief was still being sought as of early Thursday, according to police.