Trial of 20 men accused in 2015 Paris attacks to begin 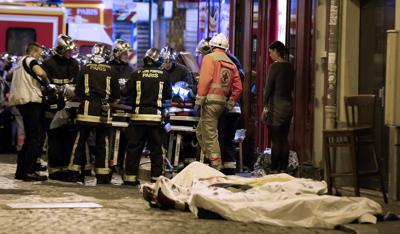 In a secure complex embedded within a 13th-century courthouse, France today began the trial of 20 men accused in the Islamic State group’s 2015 attacks on Paris that left 130 people dead and hundreds injured.

Nine gunmen and suicide bombers struck within minutes of each other at France’s national soccer stadium, the Bataclan concert hall and Paris restaurants and cafes on Nov. 13, 2015. Survivors of the attacks as well as those who mourn their dead are expected to pack the rooms, which were designed to hold 1,800 plaintiffs and 350 lawyers.

The lone survivor of the extremist cell from that night, Salah Abdeslam, is the key defendant among those being tried for the deadliest attack in France since World War II. He is the only one charged with murder. The same IS network went on to strike Brussels months later, killing another 32 people.