The program of activities marking the 35th Anniversary of the establishment of St. Daniel's All Christian Assembly aka Oluwatosimile kicked off today with a plethora of activities at the field of Akure High School, Akure. 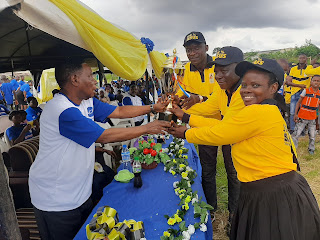 Apostle Adelola presenting the Match Past trophy to leaders of Ijigba Branch
The day's event was kicked off with dancing featuring the headquarters and all the other branches in different colourful   shirts and Ankara. They were all a sight to behold. 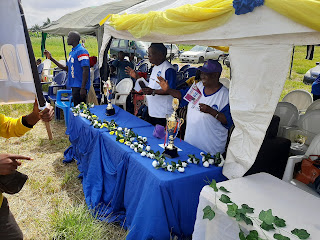 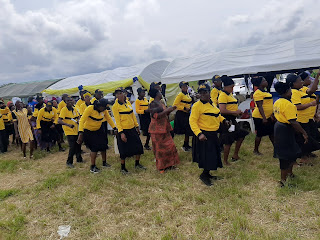 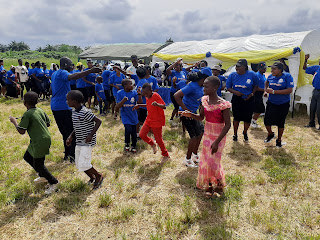 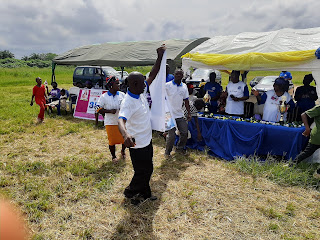 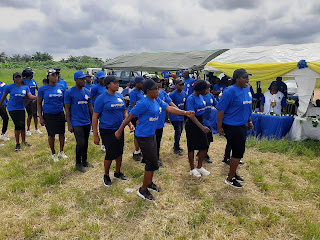 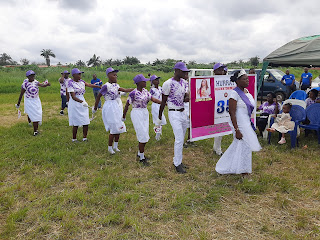 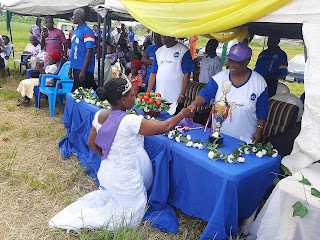 This was followed with the church headquarters and all the branches marching across the table where Apostle and Prophetess Adelola were seated with every branch trying to outdo others with various adopted styles.
Then came what was originally meant to be a novelty match but turned out to be a contest between able bodied and competitive young men, who put in their best as if it was a football match final. 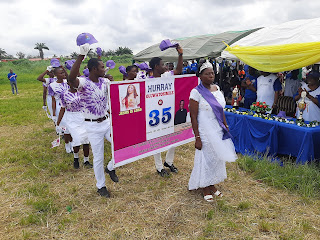 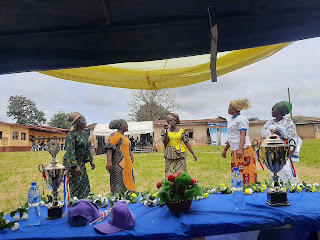 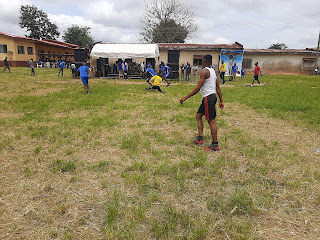 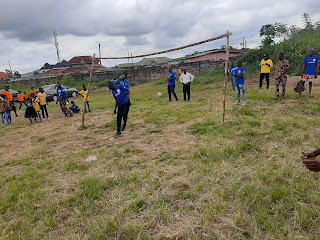 The duel ended in a 1-1 draw. It was eventually decided via penalty shootout as Apostle's team beat the Prophetess' squad by 2-1.
All through, Evangelist Tola Ayegbo was on hand dishing out inspiring songs of praise with melodious tunes.
There was enough food for everybody to eat as all the branches brought different delicacies such Po 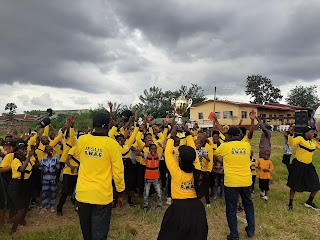 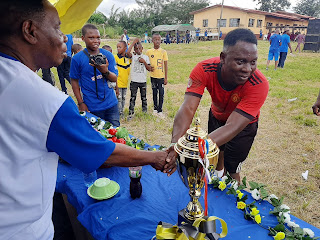 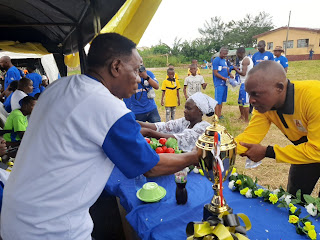 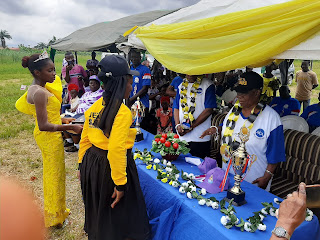 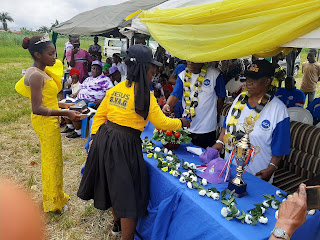 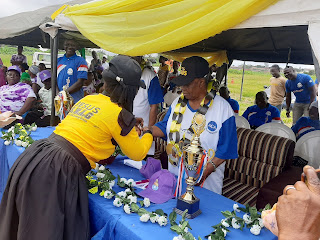 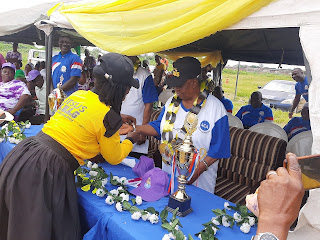 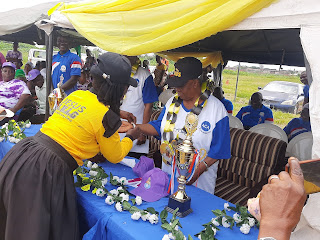 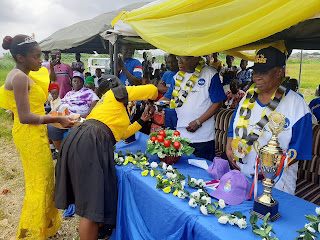 ridge, Amala, Rice, Semovita and Fruit Salad.
The colourful opening ceremony climaxed with announcement of the Match Past winners. Ijigba branch won the competition with 85 points, Headquarters won clinched second position with 72 while Okearo came third with 62 Marks.
The day's event was eventually rounded off with presentation of trophies to winners of the match Past and the football competition.