BUNMI OGUNLEYE: WHY YOU OF ALL PEOPLE? 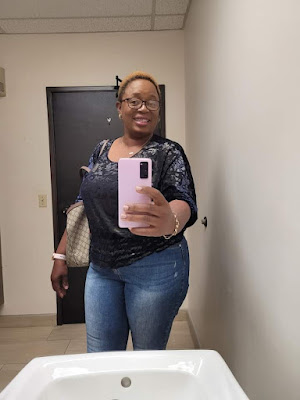 Some occurrences strike us in a very rude and shocking manner. This your sudden demise, perplexing and mind boggling for want of better words. It rattled everyone as it did not give us opportunity to say goodbye to each other. I would not like to use the word untimely about death because it has been overused to such an extent that no death is seen as timely or natural. A colleague, Tope Okeowo was unable to bear the suddenness of your exit as he broke down in tears, when he  heard of it, in the midst of many people. As for me, I am not given to expressing my emotions. I just felt numb with shock, spiritless and helpless. The news did not seem real. Much later,  reflecting on events of the day, I started wondering, can it be true? Two days later, still in doubt, I had to ask two of the  management staff of the defunct PSGRP, where you worked last. They confirmed the sad news, saying, "Bunmi died last Friday." Today makes it two weeks exactly. 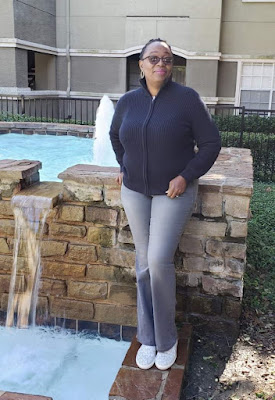 Death is a leveller and the nemesis of man. Given a choice, nobody would love to die. Nobody desires to leave the troubles of this world.(Dont mind those saying they are fed up with life). Man dreads death more than anything else. The fear of death emanates from fear of the unknown, what is next. And I know that given a choice you would have preferred to live much longer than you were allowed. You would have loved to enjoy the company of your brother, Segun, your sister and most importantly, your children the more. And if allowed you would have desired to have much more time time to give yourself more treats. But then, as we say it, God understands.

When fate brought us together at the Ministry of Information Newsroom (you came from TESCOM, I, OSRC), you had certain traits that were noteworthy: bold, friendly, vocal, fearless and accommodating, we started a mutual co-worker friendship. Added to these qualities was the fact that you knew what you wanted, you were a go getter and an ambitious lady. You would call me "Ajii darling" and I would refer to you as "Bunmi Onijangbon." As a reminder, you left the teaching service for Information out of boredom. The Information newsroom did not meet your expectations; it was a drudgery, so to say. You had to move on.

Your love for adventure pushed you out of the Newsroom, just a few months after arriving, as you became the Communications Officer (C.O) of FADAMA.

Not long after, I got my first posting to the Ministry of Lands, Housing and Environment. Distance was not a barrier, as you made me your "consultant", whom you called upon on every aspect of the job. You know how to get what you wanted with your humility and respectful manner of approach. By the time that program was about winding down, you had left, not for Newsroom Information but another project- Public Sector Governance Reforms Project (PSGRP) as the C.O.

Here, your competence came to the fore as you employed your administrative acumen to  bring together a team of Information officers, that successfully produced a magazine, which highlighted achievements of the project. It comprised of Bode Akinwumi, Abooluwa Omodun and my humble self and few others I cannot remember. You and the three of us held series of meetings, which came up with various ideas, designed to publicise the program. But these ideas got scuttled by paucity of funds.

It was here that you started preaching the sermon of your network program Oriflame to me. I cannot recollect the number of times you drummed the benefits of the program into my ears. The program afforded your restless nature an avenue to express itself. You met so many young ladies, who became millionaires through Oriflame. Their successes were a common feature on your facebook wall. You never told me maybe it made you a millionaire but you always said, 'I am doing well and making money.'

In one of our last discussions, you made it clear, point blank. I quote you verbatim: "Ajii, we Press Officers are not making use of the various opportunities available to us.  There are many projects and programs that require the services of Communications Officers. They have better remuneration. We are not searching enough for them. As for me I can not imagine myself being a Press Officer in a Ministry."

Let me refresh your memory, once more about one of our discussions. At one of the end of the year parties we had in Information, our interaction went thus:

I: I am sure you are lying. Are you saying the truth?

The last few years of your sojourn on this planet were somehow cagey. We exchanged messages on a few occasions. I did not know your leaving Nigeria had a deeper undertone than the face value of what I assumed. I had thought you left to seek greener pasture, (as usual), improved life and opportunities for your beloved children. You deliberately hide the heat you were enduring with outward friendly and effervescent disposition. It was a veil over the unhappiness you endured. Life can be traumatic at times for people. Perhaps, it is destiny, fate or comeuppance, we will keep guessing as we can never know.

Last Friday brought a memory, a remorseful and sad one at that. The set of students, among whom was your first son, who were admitted to FUTA in 2016, graduated that day. I recalled our chance meeting and the picture we took then. I know your boy has left FUTA and Nigeria a long time ago. But then I felt the pain that you had peggedout just like that and was no more alive among the living.

Bunmi, you left Nigeria for some reasons, among which was to live and live long. You lived truly and got some of your dreams fulfilled. I am sure that you never envisaged dieing so early. But then, iku o dojo... Death is everywhere, lurking and catching her victims. It is more painful that you left suddenly, so sudden that people, who saw you talking a few seconds before death snapped you out of our midst could not accept the reality that you had gone. That is the way of man, woman, every mortal. The time we will go and the circumstances that would lead to it is beyond our knowledge. Man is soooo small.

Could heaven have been so jealous as to snatch you away from your children and the rest of us? You did all you could to give them the best. Definitely, one of your ambition was to grow to advance age, see them prosper and become a grandma.(every woman desires that). Its even more painful that your little girl, (whom you liked to call omo timo bi ni agbalagba,) has been denied the care of a loving mother. The cruelty of death upon man is unquantifiable, but then what power have we?

You loved life, you savored wearing good clothes and fine shoes, socialise and make places lively. You were gragarious in nature. You were always in cheerful and expansive mood. To call you irrepressible would not be out of place. There was no dull moment with you. You abhor innate ness and coldness. You had your dreams, visions and goals, which you were pursuing with vigor. And surely, you were happy that your plans were coming fruition. Alas, iku alumuntu came in abruptly to put paid to your pursuits.

If it is true that people meet in the world beyond, greet my mum. Extend same warm greetings to my departed close friends- Rotimi Ilesanmi a.k.a eleba and Sunday Alafe, as well as Prince Tokunbo Ogunoye a.k.a Abarisa. Tell them, Nigeria of old is a far cry from the modern day Nigeria. I know people die in the hands of fellow man. And nobody dies without the Creator's approval. Most times, He watches man take the life of others, spiritually and physically. Whatever forces that terminated your life midway, let them remain here ad infinitum. If reincarnation is real, next time around, choose to live long, longer than this. We that knew you are missing you already, much more so knowing that we will never see you again.