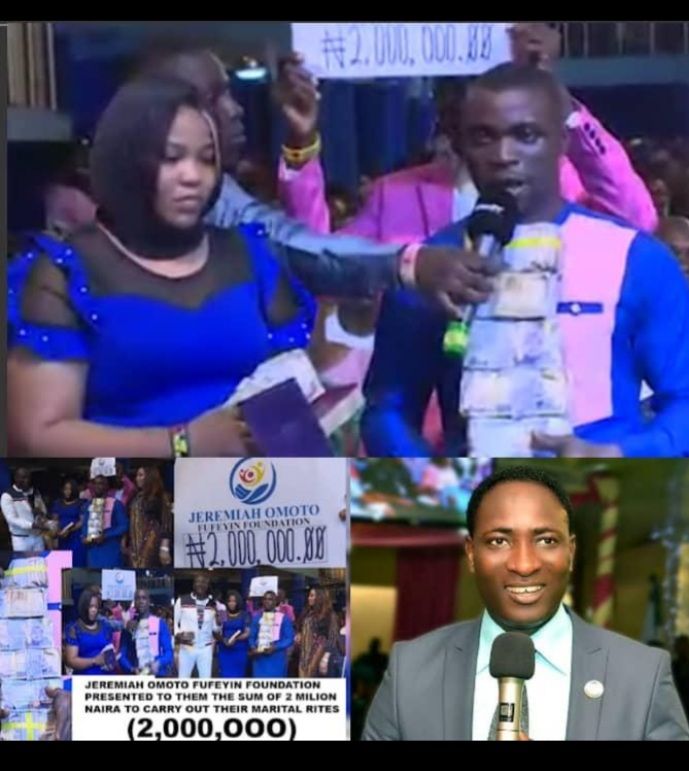 The founder of Christ Mercyland Deliverance Ministry, Prophet Jeremiah Fufeyin, has intervened in the life of a woman whose family has been experiencing failed marriages

The woman who admitted that members of her immediate family have seen about 12 marriages failed, was supposed to get married to her partner on December 30th. However, the man had no money to fund the wedding.

The woman, according to her story in a viral video, had gone ahead to print a wedding card despite her husband-to-be not having a kobo to fund the wedding.

She said she encountered the man of God in the dream who promised to wipe her tears. The woman also came to the church with the lists for the traditional wedding which the Prophet read out in front of the congregation.

The outrageous list was said to have been written by the lady’s uncle, who understandably never wanted her to get married, knowing the financial condition of the couple.

The pastor lamented the list before supporting her with the sum of N500, 000 while another person, who the pastor described as his son, gave the woman the sum of N1 million while she also got another N500,000 from another partner, making it a total of N2m.