MAN DIES INSIDE WELL IN IBADAN 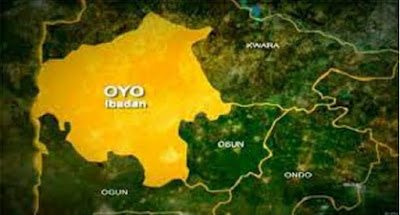 A 37-year-old man, Azeez Mutiu, was on Sunday evening discovered dead inside a well in his residence opposite Olomowewe House, Olomi area of Ibadan, Oyo State.

It was gathered that he was found in the well at about 8 pm by a resident who went to fetch water after a fruitless search for him by family members and neighbours.

Said to be unmarried and living in his own room in a family house, family members were reported to have been used to him being at home always and had never gone too far whenever he stepped out of the compound.

On the day of the occurrence, it was learnt that his absence was noticed when family members returned home that evening, raising concern, as he was not known to stay out for long.

A search was said to have begun, during which the search team noticed blood and a broken bottle on the floor.

It was said to have been traced to his room but nothing was found therein.

While this was going on, a resident of the house who went to get water in the compound’s well noticed that as she threw a fetcher into it, it touched an object, prompting the beaming of a torch to find out what it was. She reportedly raised the alarm when she saw human legs shooting out.

Commandant of Oluyole Security Surveillance Team, Olusegun Idowu, who was also there, said that immediately after this was discovered, the Divisional Police Officer in charge of the Sanyo Division was informed.

Police officers and men were said to have promptly gone to the scene, while fire servicemen were called to bring out the body stuck in the well.

Commending the fire service men, Commandant Idowu said that they arrived at the scene from their station at Government Secretariat, Agodi not more than 15 minutes later.

Family members and sympathisers had their fears confirmed when Mutiu’s body was brought out of the well naked and lifeless, with burns in the lower part of his abdomen and thighs.

This was said to have prompted the feeling that he must have had the fire incident while cooking, which made him remove his burning clothes found close to the well.

Idowu said that the deceased’s younger brother, Azeez Saheed, who was part of the search-and-rescue team before the discovery, disclosed that his elder had had mental illness for about 10 years which was being managed, but had never been violent and had always been going his way quietly.

His body was laid to rest on Monday at about 2 pm.