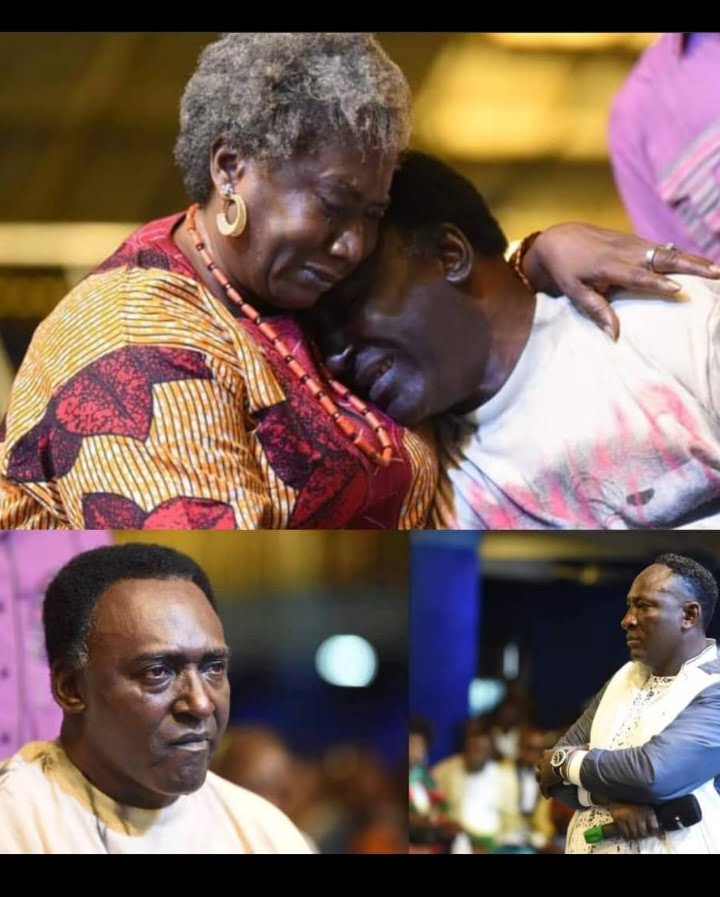 Popular Nollywood Thespian, Clem Ohameze was on Sunday left in uncontrollable tears as he was gifted the sum of N8 million from prophet Jeremiah Fufeyin.

The money was meant to sort the medical bills of the popular actor, who has been down with an undisclosed illness.

Ohameze has been confined to a sick bed for almost two years after he was involved in an auto accident.

The accident was said to have damaged his lower and upper limbs making him unable to fend for himself.

He has since resorted to soliciting help on social media.

In a viral video on social media, the veteran actor was assisted into the Warri-based church limping with the help of two men.

Fufeyin, the founder of Christ Mercy Land Church located, called the ailing actor out of many providing him with a Bible and N8 million.

The actor was seen crying uncontrollably after receiving the fund, Fufeyin said: “When I look at the situation of the man I was weeping inwardly. People said he needs prayer. We all need to pray for him.”

Fufeyin stated that he first saw the man on the internet requesting prayer over his predicament before he was informed that the actor had come to his church for assistance.

I know he was a strong man,” Fufeyin said while stressing that Ohameze needed help and support.

The veteran actor had told the church that a series of scans were done on him after the accident with medical treatments.

Weeping profusely, Ohameze said the doctor had told him surgery remained the only leeway after a series of further tests.

But that he had been praying, promising to return to the doctor after a scary picture of the surgery process was painted to him.

“My doctor kept calling. He said the more I stay, the worst the situation. So I have no choice but to make up my mind to go for the surgery.