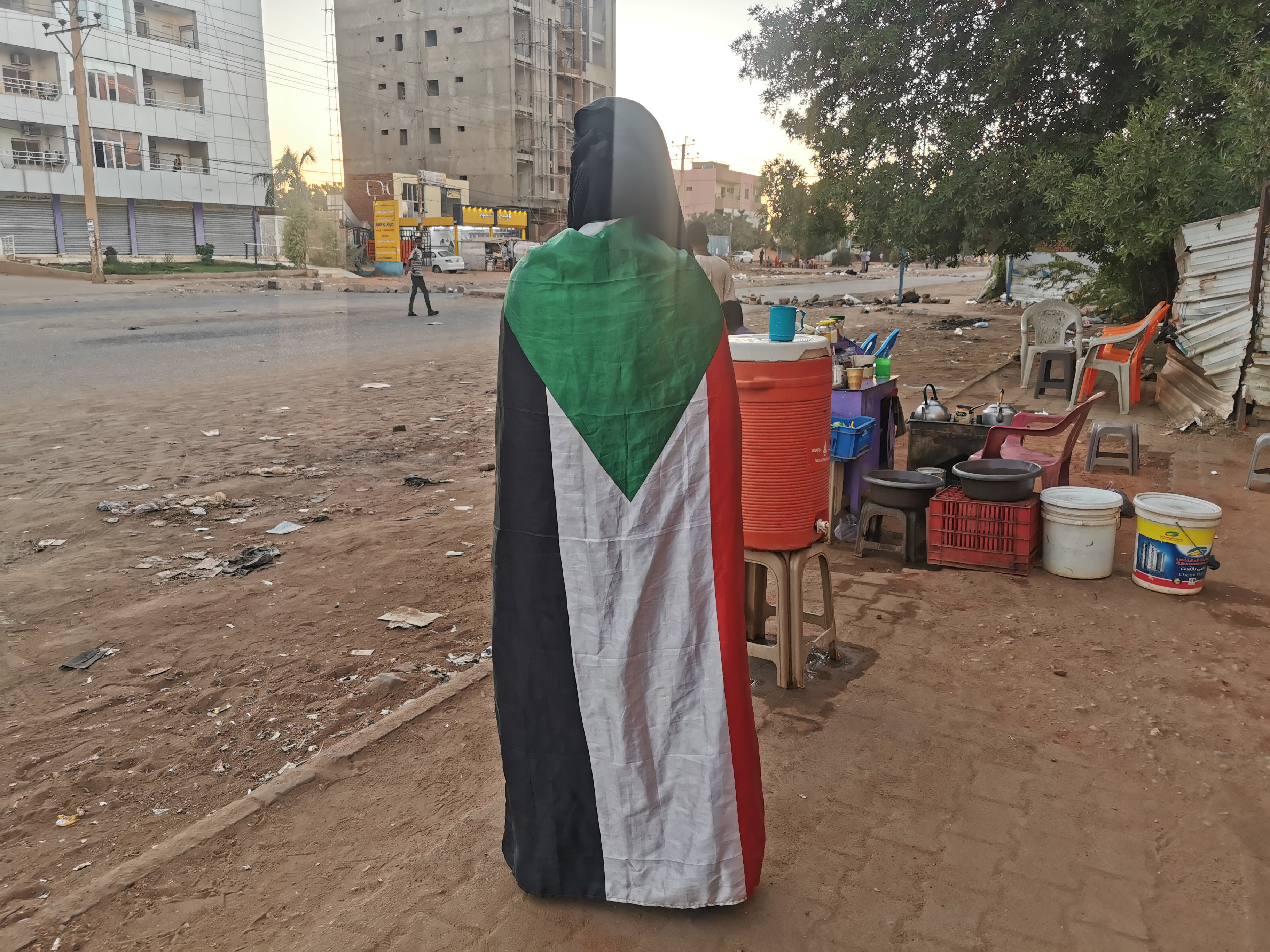 A person wears a Sudanese flag during a protest, in Khartoum, Sudan, November 25, 2021.

Sudan's former minister of cabinet affairs Khalid Omer Yousif was released from detention along with others less than a day after beginning a hunger strike, the country's information ministry said in a statement early on Saturday.

An army takeover on Oct. 25 halted a power sharing deal between the military and civilians from the Forces of Freedom and Change (FFC) alliance, and a number of ministers and top civilian officials were detained.

Yousif and others had began the hunger strike, according to the Sudanese Congress Party, to protest their continued detention despite the signing of a deal between military leaders and civilian Prime Minister Abdalla Hamdok which provided for the release of all civilian detainees.

The step of the strike comes because of their continous arbitrary detention since the Oct. 25 coup and the deprivation of their basic human rights," the statement said.

Protests calling for the military to exit politics and be held to account for the deaths of civilian protesters have continued since the announcement of the deal between military leaders and Hamdok.  A call has been issued for more mass rallies on Sunday.