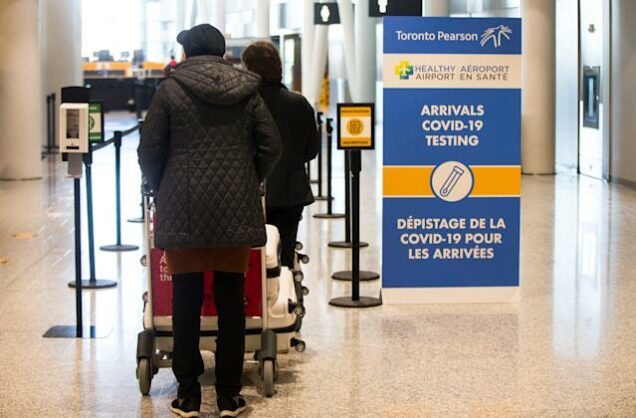 According to the ban announced by Canadian health minister, foreign nationals who have travelled to these countries over the last 14 days will be forbidden from entering Canada.

Nigerians, Egyptians and Malawians joined a list of seven southern African countries that had restrictive measures imposed on them last Friday.

Canadian citizens and permanent residents that have been in any of these ten countries over the last 14 days will need to receive a negative PCR test before being allowed to travel to Canada.

Upon arriving to Canada, they will face more testing and quarantine measures.

In a press conference on Tuesday, Federal Health Minister Jean-Yves Duclos said Canadians will need to stop and obtain valid results in a third country before entering Canada.

The testing requirement will also be broadened, ministers said, and will now include anyone coming into Canada from a foreign country aside from the United States.

Those travellers will need to be tested on arrival at the airport, isolate and wait, until their test result is known before exiting their isolation period, Duclos said.

The on-arrival test, which will be paid for by the federal government, is in addition to the pre-departure test before arriving in Canada, said Duclos