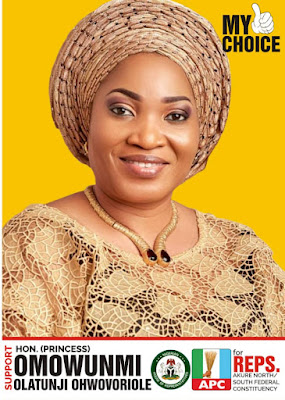 As the race to contest for the vacant House of Representative seat for Akure South/North Federal Constituency thickens, some yet to be identified hoodlums yesterday destroyed about 5 campaign billboards of an aspirant, Hon. Omowunmi Olatunji-Ohwovoriole  located in strategic areas of the state. 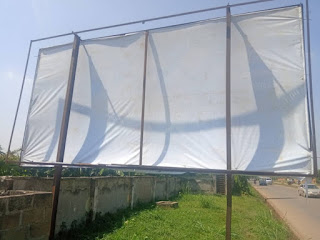 In a statement signed by her Media Aide Joe Ola, the Princess condemned the act saying politics should be played in all honesty devoid of thuggery and acts of violence.

While expressing worry over the development,  she was taken aback by the move which goes to show that some individuals are callous and are bent on playing dirty politics ahead of the bye election.

Hon. Omowunmi Olatunji-Ohwovoriole encouraged her  numerous supporters not to be deterred by the move, assuring them that she remains committed to the cause.