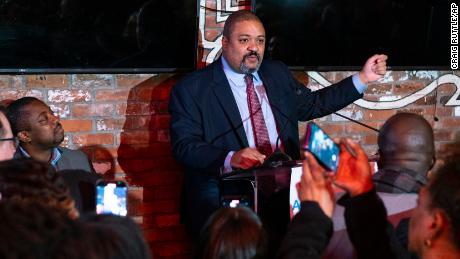 Alvin Bragg, a former New York state and federal prosecutor, has been elected Manhattan's first Black district attorney in the history of the office.