WIVES OF MOPOL ON SPECIAL DUTIES IN NIGER, BEG LAGOS CP TO RECALL THEIR HUSBANDS ' 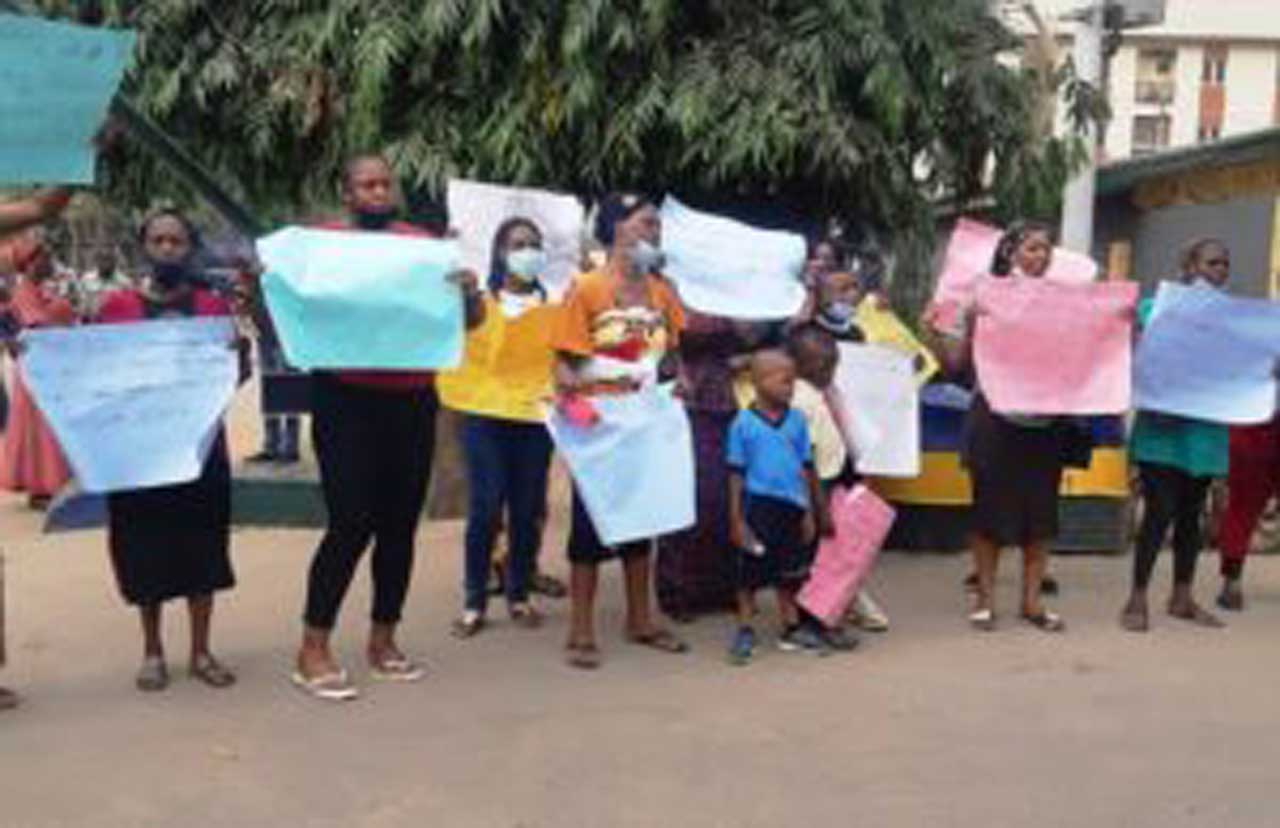 Wives, children of MOPOL on special duty protest in Lagos on Tuesday

Wives and children of MOPOL 22 officers have appealed to Lagos Commissioner of Police, Mr Abiodun Alabi, to recall their breadwinners posted to Niger State on Special Duty over one year ago.

The family members made the appeal during a protest at the Lagos State Police Command, Ikeja on Tuesday.

The News Agency of Nigeria (NAN) reports that the women protested for several hours, calling for safe return of their husbands and fathers posted to Beri in Mariga Local Government Area of Niger State on special duty.

The women stormed the Lagos State Police Command, armed with various placards with inscriptions such as “CP Lagos State, please look into our matter to call MOPOL 22 commander to order; “CP please release our husband from Niger state after one year of special duty”.

According to the protesters, their husbands had overstayed their postings on Special Duty in Niger.

Spokesperson for the officers wives, Mrs Blessing Babagbemi, said their husbands had been on special duty since February 2021 till date and were yet to return home.

According to her, “such posting is usually for three months and at most four months.

She said: “One of the 31 MOPOLS sent to Beri has been killed and one other injured when bandits numbering about 900 stormed Beri village with motorbikes armed with sophisticated and superior weapons.

“The first attack was in May 31, 2021, and the second attack was on Jan. 16, 2022. The bandit packed all their property, uniforms, drugs, food and since then they have been abandoned without food, to survive on their own.

“After the first attack our husbands saved money and bought things, but the bandits came back again and took everything away,” she lamented.

She added that she and the other officers’ wives were barely managing to survive with some of their children out of school.

“Our children are missing their fathers, and besides we are humans. We need our husbands back home.

“We expected that our husbands will be back in December, but we did not see them.

“Last three weeks, we went to Oduduwa in Ikeja to see MOPOL 22 Commander, AC Bright Ibiye. We did not see him, they called the provost out for us, we told him, we are wives of policemen sent on special duty. We told him we want our husbands to be released.

“The provost promised that our husband will be back latest January ending or first week of February, the assurance gave us peace of mind, we left but on our way going back home, the provost said the commander wants to see us.

“We saw the commander and he tabled our issues promising that he was going to Abuja right away and will table our case and use our video clips he recorded as evidence.

“The commander then gave us 2 bags of rice and N10,000 which we shared. But up till now, we have not heard anything from them, hence, we are here to protest at the police command due to lack of feedback,” she said.

Ajisebutu, however, said there was no specific duration for policemen posted on special duty, adding that he would seek more information from Force PPRO Abuja on the matter