Brazil footballers in Ukraine plead for help to leave 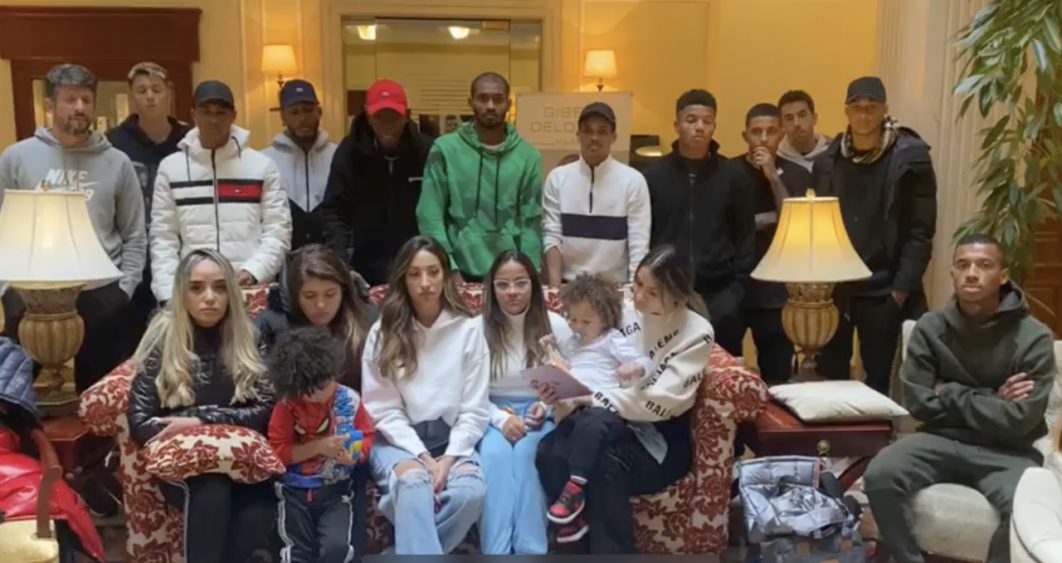 A group of Brazilian footballers who play in Ukraine pleaded for help Thursday in leaving the country, saying Russia’s invasion had left them stranded in a Kyiv hotel where they sought refuge.

“There’s no fuel, the border is closed, the airspace is closed. There’s no way for us to get out,” said Shakhtar Donetsk centre-back Marlon in the video posted on Instagram.

“We’re here with our families staying in a hotel because of the situation. We’re asking for the Brazilian government to help. That’s why we’re making this video,” added Marlon, one of 13 Brazilians who play for Shakhtar, one of Ukraine’s top clubs.

The video shows around 20 people, including the footballers’ families, sitting and standing in a room at their hotel.

The footballers all play for Shakhtar and Dynamo Kyiv.

Uruguayan Carlos de Pena, who plays for Dynamo, could also be seen.

“We feel abandoned, we don’t know what to do,” said one of the partners, who were seated on a couch with their children, the footballers standing behind them.

“We ran to come here with our children. But we don’t even know if there will be food to eat.”

Brazil’s embassy in Kyiv said in a statement it remained open and would work to ensure “the protection of the roughly 500 Brazilian citizens” in Ukraine, asking them to maintain daily contact.

Russia launched a full-scale invasion of Ukraine Thursday, killing dozens as airstrikes hit military installations and ground forces moved in from the north, south and east.

Shakhtar, which frequently competes in the Champions League and won the 2009 UEFA Cup, relocated from Donetsk to Kyiv in 2014 when a pro-Russian separatist rebellion erupted in the eastern region.

Its ultra-modern stadium, the Donbass Arena, was bombed the same year.

Ukraine has been a stepping stone for several Brazilians on their way to top European clubs, including Willian, Fernandinho and Douglas Costa, who all played for Shakhtar.