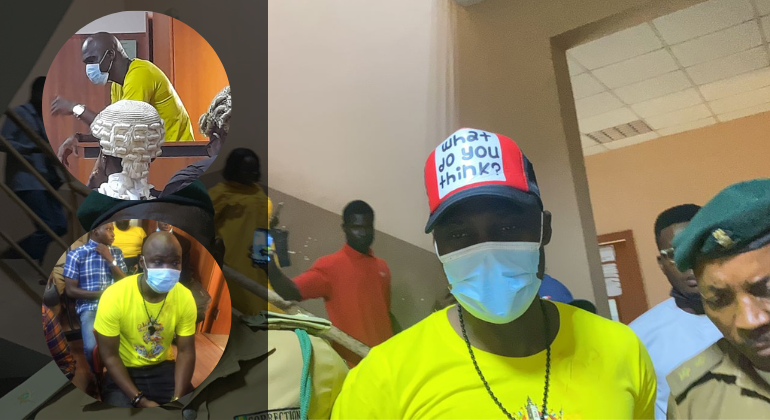 The name of Nollywood actor, Olanrewaju Omiyinka, aka Baba Ijesha, has been entered into the register of sexual offenders in Lagos State.

The Lagos State Domestic and Sexual Violence Agency confirmed this to one of our correspondents on Friday.

This is as the International Federation of Women Lawyers described the judgment as a welcome development.

The Executive Secretary of the agency, Titilola Vivour-Adeniyi, said, “All details of sex convicts are immediately enrolled into the sex offenders registers once a conviction is secured.”

Justice Oluwatoyin Taiwo of the Ikeja Domestic Violence and Sexual Offences Court on Thursday sentenced Baba Ijesha to 16 years imprisonment, adding that the jail terms were to run concurrently for five years.

Although the prosecution argued that the offences contravened sections 135, 137, 261, 202, 262, and 263 of the Lagos State Criminal Law 2015, which stipulates life imprisonment for offenders, Baba Ijesha pleaded not guilty to all the counts.

A Closed-Circuit Television video recording detailing his relationship with the victim said to be a minor was played in court.

The defendant was arraigned on June 24, 2021, during which six prosecution witnesses, including actress and comedienne, Princess; the 14-year-old minor, a child expert, Mrs Olabisi Ajayi-Kayode; and a medical doctor, Dr Aniekan Makanjuola, testified against him.

The Chairperson of FIDA, Badagry branch, Adaku Mbama, added, however, that Baba Ijesha was lucky to have not been convicted for sexual assault by penetration which would have made him liable for life imprisonment.

She further said FIDA expected the state government to immediately enter the convict’s name in the register of sexual offenders.