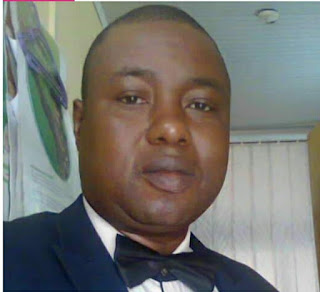 The journey of a million miles, they say, starts with a step. At times, man sets a process in motion and puts in everything, all he has - energy, resources and time into it, oblivious of where efforts expended in the peregrination would lead to. Naturally, man is afforded, given opportunities to prove his worth in all human endeavours. People indulge in activities, which they were not prompted to, and ended up not living up to expectations due to haphazard output. When the politicians in civil service robe unleashed their fickle punch on OSRC taking Olaoluwa Meshack Abiola out of the station, fate had a hand in it. Since the military days to date, no deployment had been done in OSRC in good faith or on account of incompetence. Its always carried out to remove some people, whom the powers-that-be cannot stand their guts. In the Newsroom, there was healthy but harmless rivalry among the Desk, Reportorial, Current Affairs and Presentation. We were involved in all of them but not in NUJ politics. Why? It was fierce and only the big boys dabbled into it.

Meshack, as he is known and called, likes politics; he has been involved in minor politicking in the past. But he never ventured into the politics of unionism in NUJ. Perhaps he was interested, clandestinely but he never mouthed it.

Our siamese-like friendship came into being as a child of circumstance. Both of us were posted as reporters to the Governor's office for the Radio and Television arms when Agagu came on board newly in 2003.

Earlier, i had been employed at the Radio end by Mr. Soji Alakuro. A few years after, Meshack was one of the crack team that survived the purge that was carried out on the tireless bunch the indefatigable Ayo Omotoso assembled at 96.5 FM. Our reportorial jobs in the Governor's Office lasted only five working days. (That is a story for another day.) Ever since, we have become "two jolly Brothers."

His becoming Head of Secretariat of the Ondo State Council today is the outcome of a very tortuous marathon. It has been a rigorous, energy and resources sapping. The day he told me of his intention to contest for the Information Chapel Chairmanship, i was caught unawares. Knowing the stuff he is made of and the qualities he possessed, i threw my weight behind him, totally. That decision was his baptism of fire into the turbulent, intriguing and unpredictable nature of politicking, even at unionism level. Politics is intractably a web of landmines. Meshack lost the election narrowly. But that did not deter him from activism in the Chapel and at the State level at large.

Being a man of strong convictions, optimism and profound belief, the Irele-born journalist joined other like-minds in the struggle against perceived injustice in the disqualification of Tony Adetoye from the NUJ Chairmanship election between 2016-18. The matter was resolved at the Court of law. The role he played coupled with his general commitment to union activities made him a popular choice and a reliable hand for  leadership position. After the struggle, he was elected as Chairman of the Chapel by popular demand. It was a compensation for loyalty to the cause of Information Chapel. He earned it by every consideration. And what a good job he made of the responsibility. Meshack brought his hidden exceptional qualities of dilligence, commitment, empathy and selflessness to bear. He led the Chapel with dignity, prudence, displaying exemplary and worthy leadership traits that restored Information to its place of pride among other chapels in the State NUJ Council.

After three years in office, the vibrance, energy, brilliance and nous manifested in Meshack were irresisitible and could not be allowed to dissipate away. Hence, majority of journalists in the State threw their weight behind him to get promoted to the State Council. But then, it was not a bed of roses. Many rivers were crossed and many hurdles scaled in months leading to the election. Eventually, courage, determination and collective will of the majority triumphed and Olaoluwa Meshack Abiola is today the Secretary of NUJ, Ondo Council.

The new Secretary is a product of the Ambrose Ali University, Ekpoma, Edo State, where he obtained a B.A degree in English language. He also has a post graduate Diploma in Journalism from the International Institute of Journalism, Ado Ekiti. Before leaving OSRC, he had been a two-time reporter covering Governor's Office and Foreign Desk editor. He was born, bred and raised in Benin, Edo State by Irele, in Ondo State parents. His return to his home state of Ondo was accidental, so to say. Having lived in the Edo State capital city, Meshack saw himself as one of them until the day he went for an interview at the State Radio Station. A member of the interview panel asked him, what is your name? My name is Olaoluwa Meshack Abiola. The man looked at him and quibbed, Olaoluwa Meshack? Yes, replied him. Is that not a Yoruba name? Again, he affirmed it. The man shook his head and and thundered in local dialect to other panelists, "this one is not our son; he is a foreigner and cannot be employed to work here." There and then, he made up his mind to come home having realised that, "a butterfly is not a bird." Since arriving Information in 2010, he has transversed the Ministries of Adult Education, Employment and Labour, SUBEB, Local Govt. and Chieftaincy Affairs, Natural Resources, Agriculture and Education as Press Officer. Meshack has a zero tolerance for laziness and dishonesty. His anger is as big as his frame, if not bigger.

When you talk of a go getter, you cannot get many people with the focus and determination of Meshack. The word no or falling short of expectation,  means 'not now' and not impossible to him. He could appear complex and unyielding in his resolve, yet he takes to correction and bows to superior arguement /counselling. The new NUJ Secretary combines high work rate with native intelligence and high intellectual evaluation of happenstances. These give him an edge in analysing issues and coming up with good and robust opinion on topical issues.What he lacks in sartorial impecability, he possesses in intellectual depth.

Meshack might not appear as your ideal man of faith but take it from me, he has his way of getting his prayers answered. He is equally blessed with the gift of dreams. When the politics of NUJ threatened his ambition, he told me, 'Ajii, i know what God said and has shown me about this mission. They cannot stop it, for it is a mission accomplished in the spiritual realm.'

Now that elevation has come the way of Meshack, Ondo State NUJ is going to enjoy the good qualities he is inbued with. Coupled with the political savvy of the youthful but matured wisdom of the Chairman, Prince Leke Adegbite and his vice, the suave Hakeem Gbadamosi a.ka Asorted, the Union cannot but get better. The turn-around has commenced in earnest with the massive renovation work being done in the pen house. This is the first time far-reaching renovation works are being undertaken at the Press Centre for many years. If morning shows the day, we journalists are in for a treat of a united and progressive season for the next three years.

May the good Lord help the Unity Team succeed.

Congratulations to all members of the NUJ  Ondo State Council.