LYNCHED DEBORAH: PASTOR GIVEN GLOBAL AWARD FOR REHABILITATING HER FAMILY 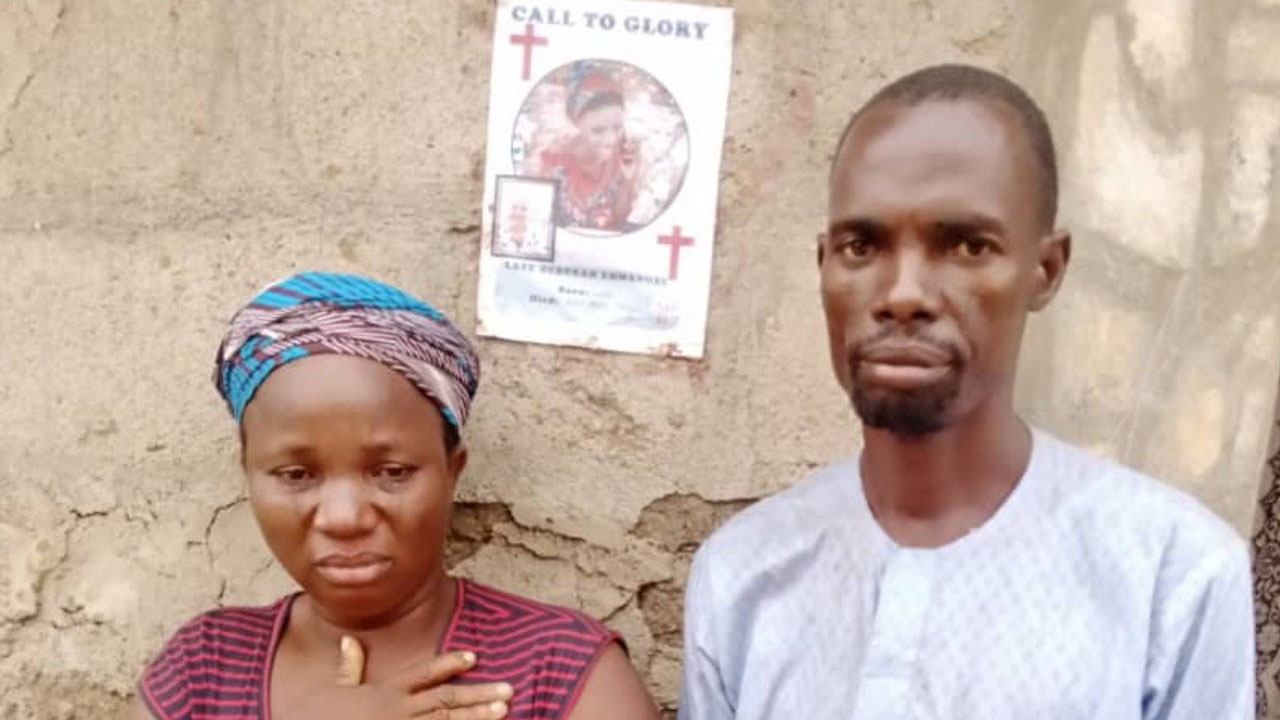 Parents of the late Deborah, Emmanuel Garba (right) and Alheri at their hometown, Tungan Magajiya in Rijau Local Government Area of Niger State

Founder of Omega Power Ministry (OPM), Apostle Chibuzor Chinyere, who relocated Debora Yakubu’s family, a young Christian murdered in Sokoto by her classmates by stoning to death, has received a global award from International Human Rights Commission for his services to humanity.

The cleric had offered the family of Deborah with a fully furnished two-bedroom flat, a car, and placed her younger siblings on scholarship.

Sani said: “What our father (Chinyere) have done for humanity is exceptional one that attracted our world headquarters, where the family of a girl that was burnt to death for no just cause, this particular revered person was able to look at what he gets from the church and decided to return it back to the people.”

“It’s an exceptional display of a Christian leader. We have a lot churches in Nigeria and a lot of them I am even sure have the resources more than he does but what he has done in the life of the poor Deborah, who was murdered in Nigeria, is something that should attract everyone to serve humanity and he took the lead in Nigeria and African continent.

“I think with this kind of a man, Africa should be a good place and that is exactly what attracted the world headquarters to bestow on him this exceptional Gold Medal, not ordinarily awarded to an individual person,” Dr. Sani added