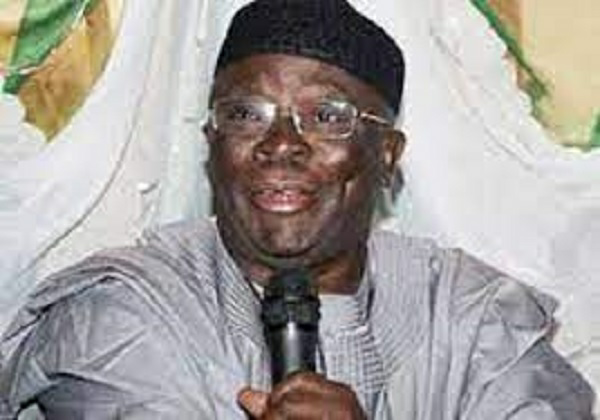 The Pan Yoruba socio-political organisation, Afenifere, on Wednesday, advocated a government of national unity to midwife a new democratic government.

The organisation in a communique signed by its National Publicity Secretary, Comrade Jare Ajayi, after a meeting held at Isanya-Ogbo, the country home of its Acting National Leader, Pa. Ayo Adebanjo, said such government would salvage the country from the issue of insecurity among others.

Afenifere noted that the administration of President Muhammadu Buhari has lost in its entirety the capacity to address the precarious situation of the country.

The organisation insisted that the country must be restructured before the 2023 general elections for it to move progress.

Afenifere also recommended that states that are ready for Police Force should be allowed to establish it while commending the performance of Amotekun Security Network in collaboration with other security agencies.

The body said with the performances of the security outfit, all criticisms against the establishment of the State Police are unfounded and self-serving.

“The meeting was held at the country home of the Acting Leader, Chief Ayo Adebanjo, in Isanya Ogbo, Ogun State. The meeting was attended by some leaders and members of Afenifere from all the states in Yorubaland.

“Among the leaders in attendance were the former Deputy Governor of Lagos State, Senator Kofo Bucknor-Akerele, Chief Supo Sonibare as well as Chairmen and Members from the States.

“The meeting deliberated extensively on various issues pertaining to the Nigerian nation, especially in the way they affect the Yorubas.

“The meeting reviewed the various challenges that Nigeria is facing particularly the shocking insecurity that is threatening the country very seriously. The situation is now so precarious that no part of the country is safe at any time.

“The meeting also discussed the general elections slated for next year, 2023. An issue that Afenifere has been advocating, Restructuring, was also discussed once again.

“After extensive deliberations, Afenifere resolved as follows: The situation in the country is in a more decisive manner.

“In view of the seriousness of the situation and considering the fact that the present administration under President Muhammadu Buhari has shown that it is incapable and unwilling to tackle the identified problems, Afenifere hereby strongly advocate for a Government of National Unity.

“That such a Government of National Unity is to tackle the insecurity problems and midwife a new Democratic Government.

“Once again, Afenifere is reiterating its position that Restructuring of the Nigerian State must take place before the much-vaunted elections.

“We also recommend that States that are ready must be allowed to establish their own Police Forces. The performance of Amotekun Security Network in the South West in conjunction with the Nigerian Police has shown clearly that all the criticisms against State Police are unfounded and self-serving.”