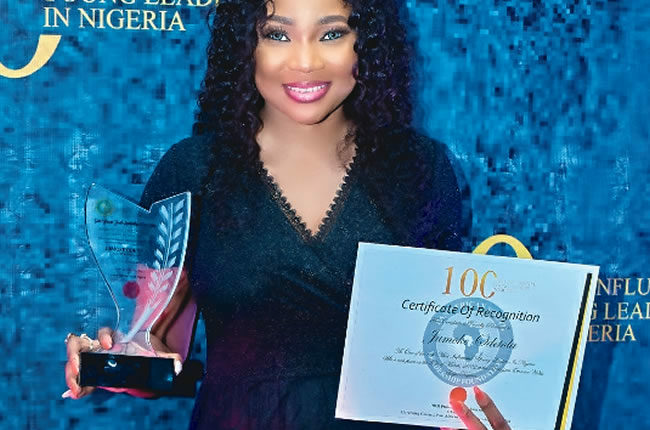 Popular Nollywood actress, Jumoke Odetola, has been recognised as one of the 100 Most Influential Young Leaders in Nigeria.

The award, which seeks to motivate the awardees to keep on the good works in their various fields, took place on the 27th of March, 2022, in Lagos.

Speaking on this development, Odetola described the award as a humble experience having been singled out of millions in the country.

The actress also described the award as a reminder of continuing good works even as she is an advocate of positivity.

“The award is a reminder to continue the good works. I am an advocate of positivity. It is an appreciation of what I have been doing and a motivation to keep on what you have been doing.”

While speaking on women’s day, she noted that women were powerful even as they make the world go round.

Odetola added that they are significant and relevant, urging them not to let anyone take that power off them.

“Women are powerful. We make the world goes round. We are significant and relevant. Do not let anyone take that power off you. We are not competing against the men. Do you. Be you. Do not be like any other person,” she said.