Warri, Oghara on warpath over land ceded to Nigerian Army 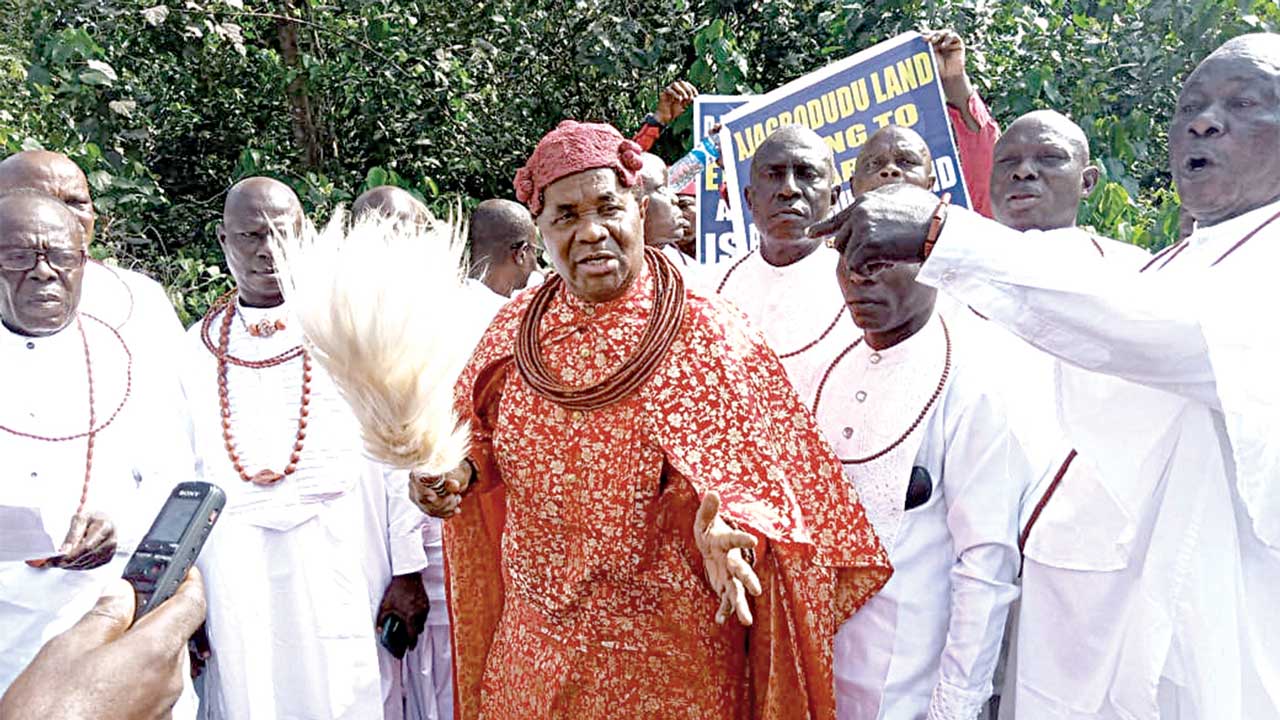 But Oghara Kingdom in Ethiope West Council, which shares border with Koko, on Tuesday, protested the handover of the land, saying the land belonged to Oghara and not Koko community.

They urged the Delta State Government to caution the Olu of Warri and the Itsekiri people of Koko over what they described as “illegal and unlawful” ceding of 52 hectares of their land to the Nigerian Army.

The Oghara monarch, on Tuesday afternoon, led members of Oghara Traditional Council and journalists to the site to prove it belonged to the community.

In a petition to Governor Ifeanyi Okowa, dated March 30, 2022, Oghara Traditional Council, claimed the land, located in “Otegbo village, which was handed over to the Army, belonged to Oghara.

Chief Frank Emiko, Secretary, Oghara Traditional Council, said they had written “letters and submissions” regarding the ownership of the land located at Ajagbodudu and Otegbo villages between the Urhobo of Oghara Kingdom and the Itsekiri in Warri North.

But Chief Brown Mene, who spoke on behalf of the Olu of Warri, said the claims by the Oghara Kingdom were spurious, stressing that the ceded land is “between Koko community and Obitugbo (called Otegbo by the Oghara people).

He said: “If Oghara say they have a judgment that the land belongs to them, let them show it to you. The only judgment I’m aware of is the Jackson Line judgment, which was given before the Nigerian government was formed. It established the boundary between us and Oghara people.”

In its letter to the governor, Oghara urged the government and other institutions of government at state and federal levels to intervene in the matter before it got out of hand.

The letter reads: “We have for a very long period prevailed on our people to eschew violence and toe the path of peace and legality.

“However, with the current happenings, our people are now being pushed to the brink and it appears the Delta State Government is waiting for a conflagration and bloodshed before it addressed this volatile and burning issue,”

“Let us state for the umpteenth time that the people of Oghara shall not accept, under any guise, the annexation of an inch of her territory as being orchestrated by the Itsekiri through this brazen action of their monarch. Our people are seriously provoked and agitated by this reckless act of the Itsekiri, which could escalate the already tense situation into unimaginable proportion