UKRAINE BANS ALL IMPORTS FROM RUSSIA 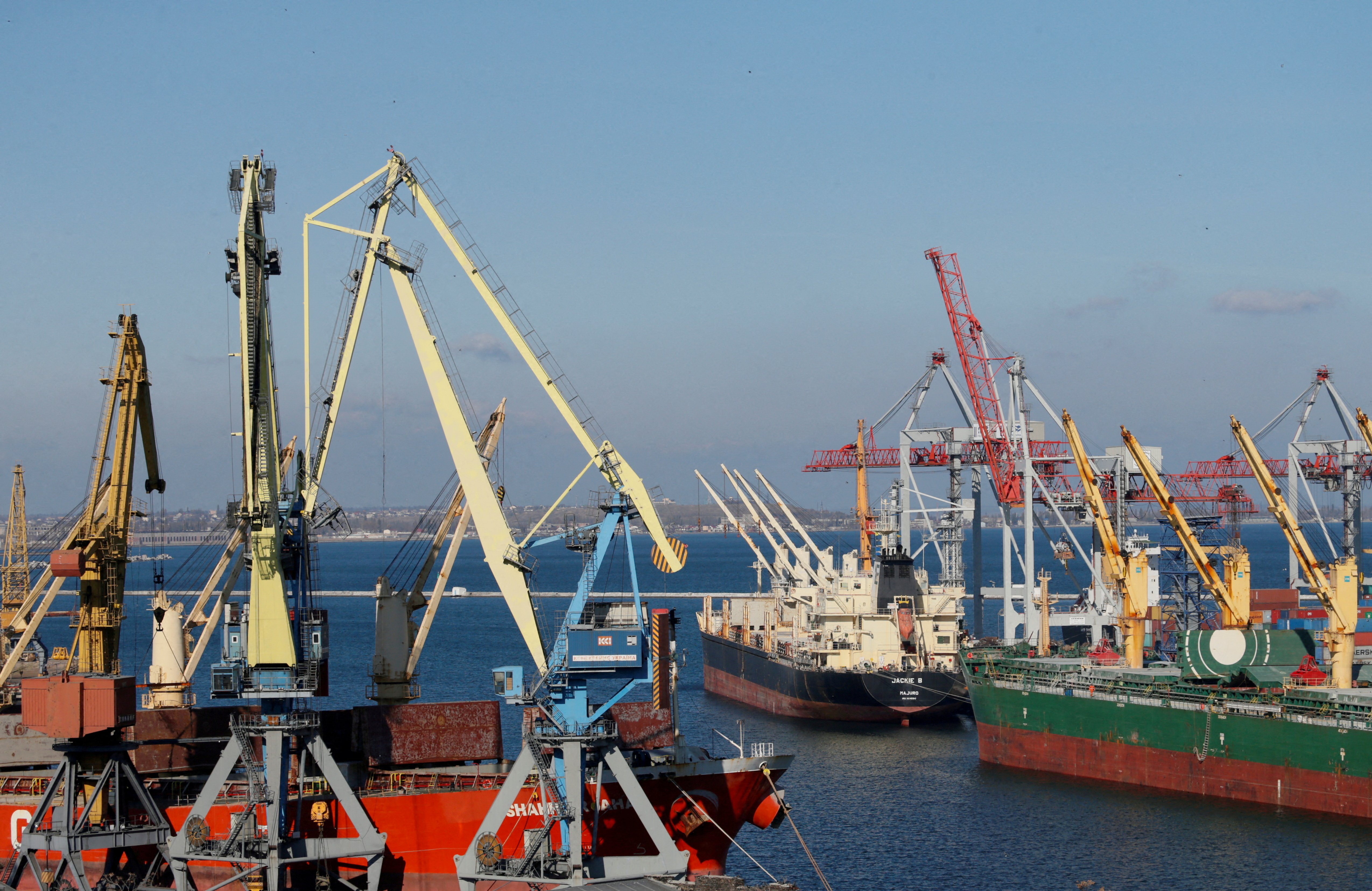 Cargo ships are docked in the Black sea port of ODESSA, Ukraine, November 4, 2016.

Ukraine has banned all imports from Russia, one of its key trading partners before the war with annual imports valued at about $6 billion, and called on other countries to follow and impose harsher economic sanctions on Moscow.

"Today we officially announced a complete termination of trade in goods with the aggressor state," Economy Minister Yulia Svyrydenko wrote on her Facebook page on Saturday.

"From now on, no Russian Federation's products will be able to be imported into the territory of our state."

Since the start of Russia's invasion of Ukraine on Feb. 24, exchange of goods and services between the two neighbouring countries has been virtually non-existent, but Saturday's move makes the termination of imports a law.

"The enemy's budget will not receive these funds, which will reduce its potential to finance the war," Svyrydenko said.

"Such a step of Ukraine can serve as an example for our Western partners and stimulate them to strengthen sanctions against Russia, including the implementation of the energy embargo and isolation of all Russian banks."

Ukraine's President Volodymyr Zelenskiy has repeatedly called on the West to boycott Russian oil and other exports and halt exports to Russia over its military assault. read more