Public servants have been implored to avoid making their political affiliations public as it runs contrary to public service rules. 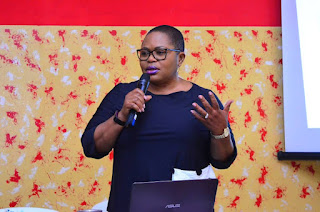 Commissioner for Regional Integration and Diaspora Relations, Mrs Bamidele Olateju made the call at the Permanent Secretaries Forum monthly meeting held in Akure. 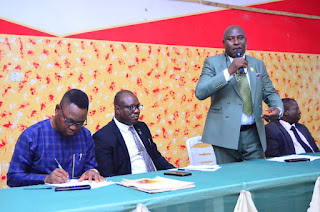 Speaking on the topic, Ethics and Ethical Behaviour in Civil Service, the Commissioner said its not appropriate to adorn political parties emblems to government offices. She explained that doing so was out of place. Mrs Olateju noted that "public servant should not take it upon themselves the responsibility of promoting or recruiting people into political parties through coercion persuation. You are supposed to work for the government of the day. Whatever, your political affiliation is, keep it to yourself." 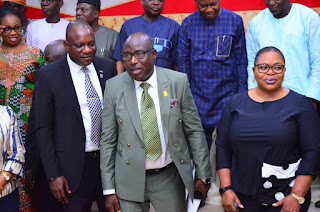 She also noted that public servants needed to improve their knowledge-base through updating and personal investment in learning. The Commissioner said,  "acquisition of knowledge is never ending; its a life time investment. It would be a disservice to oneself and the public service to remain analogue in this age. Everyone should be online as it costs little to accomplish." 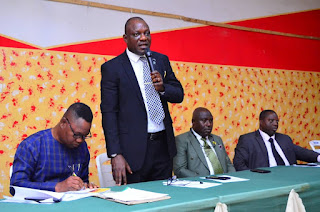 Mrs. Olateju said accounting officers should endeavour to bring up their subordinates on how to take charge of the MDAs in future.

"Your middle level officers should be brought up with the technical know-how on how the system works. Be transparent in your dealings, do not allow self interest to becloud your sense of judgement. Avoid wasteful use of government resources because it belongs to all of us. We are only  privileged to be in charge." 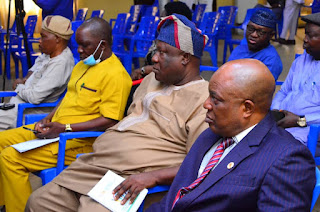 In his remarks, the Head of Service, Pastor Adeniran Adeyemo said Yoruba culture has ethics that cover all areas of life, from how to behave, talk and deal, relate with others as well as treat issues.

The Head of Service explained that his presence was to enable him partake in the lecture and also interact with the Permanent Secretaries in the service. 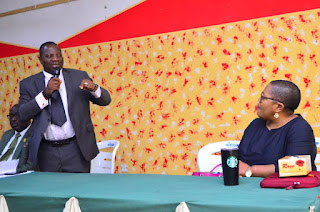 "When we talk about ethics, its not new to us, in this part of the country.

We are taught to be disciplined and be of good behaviour, right from toddlers. We should run our offices according to the rules and regulations. By doing so, we gain the respect of the political office holders and our subordinates. The civil service laws are meant to serve as guide for us on how to go through the system and survive thereby." 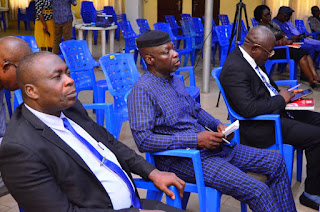 Earlier, in his opening address, the Permanent Secretary, Ministry of Economic Planning and Budget and Chairman, Permanent Secreraries Forum, Chief Bunmi Alade said the parley was a regular activity. He asserted that the forum highlights issues affecting the service and finds ways of resolving them to improve on service delivery to the citizenry. 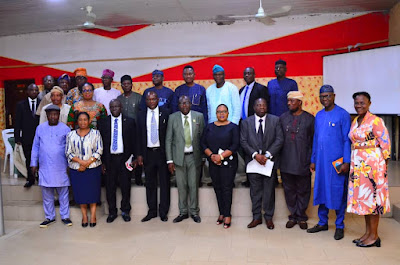 "We meet monthly and add lectures periodically. These topics cover issues of state and national importance to Nigerians. Our meeting focuses basically on how to get things done in the civil service for the system to be more productive for the public servants in its task of service delivery to the people. The lecture topic was chosen to remind us and by extension, all public servants of our responsibilities as public servants. We decided to make the Honourable Commissioner our guest lecturer this month based on her wealth of experience and exposure, in the corporate world in and outside the shores of Nigeria.

Some of the Permanent Secretaries later remarked the lecture had helped in reminding them of the reality of modern times.