HONOURABLE ADEDAYO OMOLAFE EXPENSIVE'S DEATH IS A CUT TOO DEEP.

HONOURABLE ADEDAYO OMOLAFE EXPENSIVE'S DEATH IS A CUT TOO DEEP 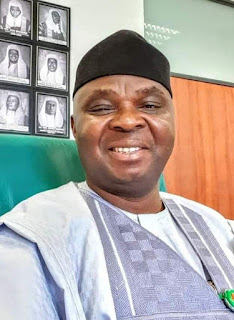 Nature's power over we mortals is massive. We are so weak before it so much that we can only abide by its rules or get swallowed without trace in its fury over disobedience. Death by any means is painful, particularly, if the victim is close or beneficial. This agent that issues red card to man and put paid to ambition, hope and influence comes when it wills. He takes people away early, midway or at a ripe age. Many come and are shown the exit door  before they know even their names, some midway having fulfilled their destiny, influencing many lives in the process and  the third set live to ripe age and even overstay. Maybe, its destiny or not, I would not know. However, death that strikes without remorse, respect or whose ox is gored is cruel. IT IS THE MASTER LEVELLER. 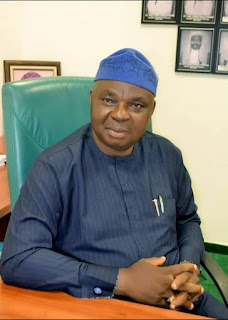 In the early hours of yesterday (16-08-2021) death visited Akure and laid its icy hands on a precious son of the city, Honourable Adedayo Omolafe, popularly known as Expensive yanking off and taking him away from his people just like that. The name Expensive is an household appellation in Akure and outside the capital city. Ordinarily, by Nigeria standard, the name should not be popular. All the qualities and requirements that make people popular in these part of the world are missing in Omolafe: was not an intellectual (no respect is intended), not a musician or talented showbiz or even a businessman, not an enterpreneur, was not from a rich family. Yet, Expensive's fame spread above all else in his locality and beyond. You want to say he was a politician? How many of them has Akure produced since 1999? Who amongst them has the volume of love, respect, loyalty and fame of Expensive? Perhaps, you know any, remind me. 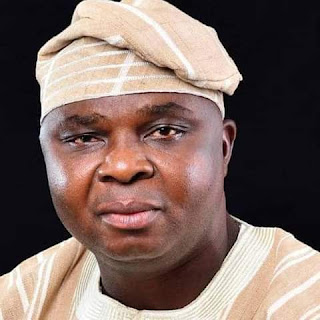 What makes him thick and popular?

A politician he was yes but with differences in many ways. You would hardly read his view, comment or opinion in the newspapers or social media. So, he was not made by the media though many in the field  benefited immensely from his benevolence. Expensive treasured relationships; almost all his childhood friends are still close to him. Not only that, he kept his younger followers as allies and treated them as brothers and sisters. He always sat among his followers and eat roasted plantain, groundnut and everything available as well as share drinks with them. As a civil servant, Supervisory Councillor, Council Chairman, Chairman Housing Corporation and Member House of Representaives in Abuja, Expensive was always with them.

His Humane values make him a darling of all. He gave as if he had money machine at home. A journalist needed fifty thousand to balance his daughter's school fees. Upon exhausting all options, he remembered and put a call across to Expensive. The time was around seven in the evening. The conversation went thus:

Journalist. Long time.. how are you?

I have an issue to contend with.

What can that be, tell me. You are a friend.

How much are we talking about?

Alright, I will get back to you soon.

The following morning, Expensive's phone call roused the journalist from his sleep at 6.00 am, asking him to come over to his house. On getting there, Expensive handed a bulky envelope to him. When my friend checked it later, it contained one hundred thousand naira (100,000.00). That was 2018 when Expe was not in power. The beneficiary is not from any of the Akure speaking local govts: neither is he from the Central Senatorial District. That is vintage Expensive.

He has numerous people- young and old on his payroll.

His distaste for violence is inimitable, always charging his supporters not to be violent even in the face of provocation and attacks.

Whatever went on in his head, the Obanla -bred politician was humility personified. He respects everyone who comes in contact with him, rich, poor, young or old.

As a politician, Expe was the integritas among the rest. Since 1999, when he defected to the PDP from the defunct AD, he resisted overtures from other parties to decamp.

His reticence made even opponents respect him. Not once since 1999 did he ever say something negative about an opponent or the opposition.

Neither me nor anyone for that matter can put on paper the extra-ordinary life of Honourable Adedayo Omolafe.

Recently, I stumbled on how he grew up without the care of a mother. The woman had died when he was a toddler. He was said to have hawked everything possible to make ends meet. I also understand that he lived with his grand mother.

I first met him when we both sought the assistance of a Londoner to take us to the Queen'sland  in 1989. He was a staff of Nigeria Postal Services (NIPOST) then.

In 1999, he was made a Councillor in Akure South Local Government under Hon. Afolabi Akinbowale. Since then, his star shown on the political horizon and got brighter and brighter.

By the time late Dr. Agagu got on board, Expensive was elected as the Mayor of Akure South. He maximized the office to the fullest by rendering assistance to the community, political associates and Akure South Local Government Council staff. Many were employed, others helped to buy landed property and even build houses. Thence, his political career and reputation took a spike, becoming an house name. Even, when he teamed up with the Gbasibe PDP from the Konigba faction and got appointed as chairman, Housing Board, he suffered no backlash. He was pardoned and forgiven. It is on record that many people, including those in the Local Government gave him thousands and millions to contest the 2019 elections. In February, 2019, the young and old trooped out in both Akure North and South to vote for Expensive. One particular woman came and gave him two hundred thousand and begged him to take it as her contribution to his election. The man of the people shed tears! Old women were heard saying, "bami teka misi party Expe. Kuoba te sibo mirin epe a moo" in Akure dialect, meaning put my finger in Expensive's party, if you mislead me, curse be upon you. The last election in 2019 brought up a scenario that showed Expensive was a bulldozer. Many people in the opposition parties voted for him and many more went to the polling booths to cast their votes because of him.

They were reciprocating his kind gesture, even ten years after leaving office.

When death visited and cut short Honourable Adedayo Omolafe's sojourn here, it was in the night around 2 am. Given the volume of tears and condolence messages that have been expressed, definitely, death had been too rash and harsh on him. On his people. The whys, hows, whens, wheres that greeted the announcement at that wee hours of the night even from far and near was followed with tears, anguish, pain and a sense of helplessness. Spontaneously, the people gathered and marched through Oba Adesida Road, singing and crying over their beloved leader, friend and benefactor. Definitely, the Heavens blaze forth at the death of Princes. I know only the demise of a beloved king command such condolence act in Akure. HE WAS THE PEOPLES KING. The Heaven blaze forth at the death of Princes.

Personally, I felt and still feel numb with emotion. Many things are going on in my head. Questions and questions? Why did Expensive have to die at this auspicious time, when people care deprivation is mounting? What caused his death? His sudden exit brought up the question again, why do good people die at relatively young age? That pattern of his lifestyle was tailored to suit and make him famous. It should not have been for his type, given his humble beginning and the hardship he undergone. Somehow, Expensive broke a jinx in Akure. He succeeded in remaining relevant right from 1999 to date. Even, after being yanked off power and was in the wilderness, people still loved him. Nobody gets to power and remain so relevant thereafter in Akure. There was no way you could not have some compassion on and pity for Expensive. And for Akure. Expensive was the only famous individual, politician for that matter, in Akure about whom you will never hear a negative word. How he managed to do it in Akure of all places remain a matter political scientists would help us unravel. Peoples love for their leader was infectious.

For Akure, a jewel has disappeared into oblivion. A rallying point of the masses has vacated his seat. The sun had set at noon, throwing total darkness on the horizon. It is not a good sign. Ei kodun lobe ti wo suna. The sweet part of the soup had gone to waste. His demise is a tragedy of monumental proportion, which cannot be assuaged by anything or anyone.

Honourable Adedayo Omolafe, Expensive, you disappeared suddenly, leaving your hapless wife, children, family and followers in disarray. Who would be their leader and father, take care of them, as you did? The city of Akure mourns you in the manner of a king. You were the king of the people, the masses. You gave your all- time, money and compassion, in cabal age when compassion had left our shores. I know, given a choice, you would not have wished to fly away now but nature, the powerful force we cannot disobey or negotiate with, had it's way. It denied the people of your services. You lived your life well and to the fullest; you came, saw and conquered.