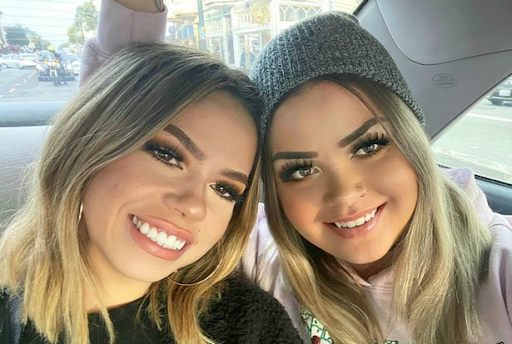 Two long-lost sisters who were separated as kids have found each other after 25 years - and their connection was "instant".

Mum-of-one Brittanny Bigley was separated from her sister Amanda Stiles, 29, back in 1993 due to family difficulties, and she was adopted by another family. 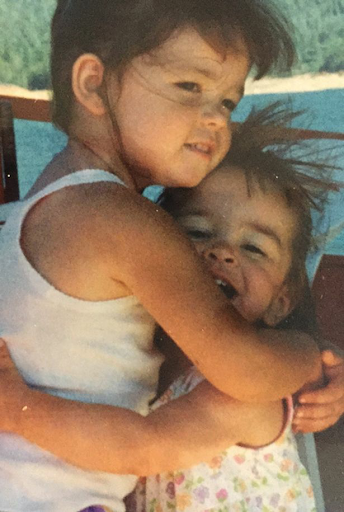 Both sisters had each made different attempts to reconnect with one another, but as the years went by, the hope they could one day finally reconnect started to fade.

So when Brittany managed to get hold of some key information to track down her sister and found her on Facebook, she said her "heart stopped".

The 31-year-old sent her little sister Amanda a message before the two saw each other again "and the rest is history".

Brittanny, who works in management, said: "When I was a baby my mum took me to California and she met my sister Amanda's dad.

What are your thoughts on this ? Let us know in the comments below

"When I was about two and a half and Amanda was one, we got taken away our mum and her dad and placed into foster care.

"My dad got custody of me, and the foster parents we were staying with adopted Amanda. It was a closed adoption, so they changed her name.

"Growing up, my dad always told me I had a sister and I had some pictures with her and some vague memories.

"My dad passed away when I was 10 which lead me back into the foster care system.

"When I was about 17 I started thinking about her a lot more, but had no idea how to go about finding her.

What are your thoughts on this ? Let us know in the comments below

"When I was 23 my aunt brought me some paperwork and it had court files and information about me and Amanda, which helped my search.

"Then after I had my daughter, I got more of a push for wanting to make it happen."

After making a video on social media about her story, Brittanny received a message from her late father's ex-girlfriend who helped with her search.

With this new information, the mum - who was living in Oceanside, California, at the time before moving to Utah in September 2018 - was able to track down her long lost sister on Facebook.

She said: "I made a video talking about my story, and my dad's ex-girlfriend reached out to me.

"She works in the foster care system and was able to help me with a lot of information that I needed.

"I found out that my sister's name had changed when she was adopted, which was a huge fact.

"I looked her up on facebook with her new name, and when I saw the first photo that popped up my heart stopped.

"She had the same big fake eyelashes, little button nose, lots of makeup. We looked so much alike.

"I recognised a picture of her dad. I screen shotted it and sent it to my dad's ex- girlfriend, and she confirmed it was her.

"I messaged her on both Facebook and Instagram, and she couldn't believe I'd found her. She said she did have a sister named Brittanny.

"I started crying because we finally found each other."

The sisters began talking almost every day and excitedly set a plan in place to meet.

But due to financial and life restraints, the two women did not get the chance to meet up until March 2017 in Laguna Beach, California.

She said: "Finances weren't the best at the time, I had just had a baby and she was just graduating from college.

"We finally met in person one year to the day that I messaged her. The rest is history.

"We've been in each other's lives ever since. It almost feels like there was no time lost between us.

The connection between us was instant. I am so happy to have found her."

Amanda, from Santa Rosa, California, said she had nearly given up all hope of ever finding her older sister and now feels "whole again" after being reunited with her.

She added that being able to wrap her arms around her sister again was "magical".

Amanda said: "From as early as I can remember I knew I was both adopted and had siblings.

"My adoptive parents actually wanted to adopt the both of us together but Brittanny's father ended up getting full custody.

"I had always wanted to meet her. My adoptive mom and I would at least a few times a year try to find her via the internet but we never found anything.

Sign up for our daily newsletter to keep up to date with all the essential information at www.mirror.co.uk/email .

"I'll admit I felt defeated. I thought there was no chance I was ever going to see her again, but clearly life had other amazing plans.

"When I got her message, there were a million emotions running through my body all at once.

"But the biggest thing I felt was just an overwhelming sense of love and that the empty space in my heart was finally being filled. It was one of the most exciting days of my life.

"That first hug was something I never wanted to let go of and the tears were just endless."

Both sisters say their lives have never been the same since they have found each other and both feel that a space in their heart has been filled.

Amanda added: "We are best friends and talk all the time. It's nice that she's met all the important people in my life and I, in hers.

"We can tell stories and update each other and know exactly who each other is talking about.

"It really does feel like a big part of me that was missing for so many years is now finally whole again and that's an indescribable feeling.